This is in contrast to the fin whale, where the pigmentation pattern is asymmetric. Fin whales have a strikingly contrasted lower jaw, white on the right to black on the left. The pigmentation pattern of the head and shoulders of the right side is more distinctive that on the left side, and so, as for blue whales we take one picture of the front and one of the dorsal area of each animal. 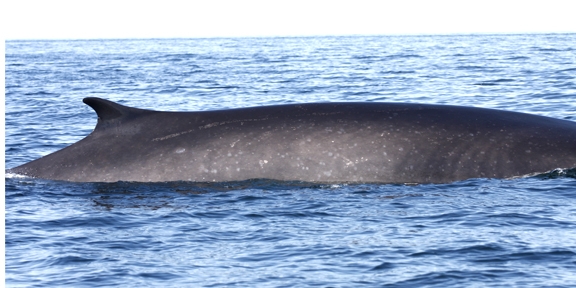 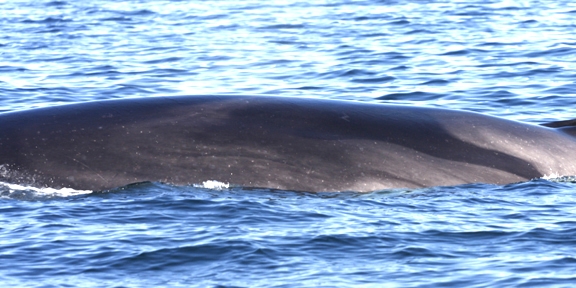 The humpback whale is identified using the pigmentation of the ventral surface of the fluke. The color can vary from completely black to completely white, with myriad variations in-between. It is the easiest whale species to recognize. 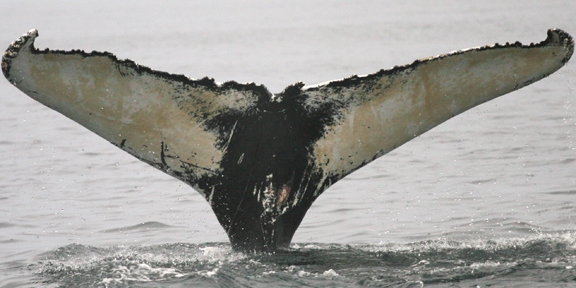 Minke whales are much more difficult in comparison. Although they do have some pigmentation on their sides, it is very subtle and mostly visible after the final breath as they round out to dive exposing more of their sides. Because taking such ID images is difficult, we predominantly take pictures of the dorsal fin. Limited in this manner, we cannot identify all individuals as easily as with the other species, and have to estimate the proportion of animals carrying recognizable marks. 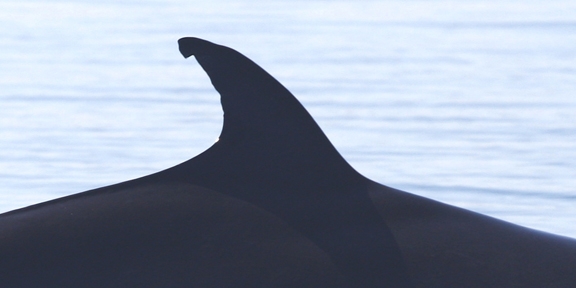 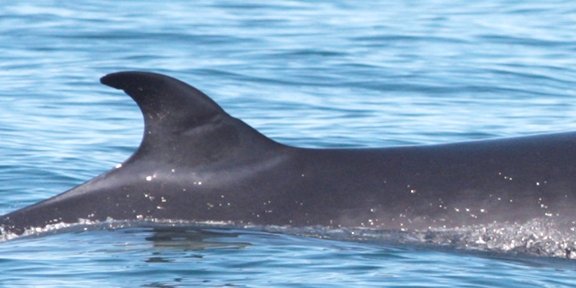