Family: Balaenopteridae
Species: Balaenopteridae acutorostrata
Lenght: 8 to 9 meters on average, maximum 12 meters.
Weight: 6 to 8 metric tons.
Life expectancy: Likely similar to other baleen whales at around 20 to 30 years.
Diet: Known to include schooling fish such as sand lance, capelin, juvenile herring, and euphausids.
Description: Minke whales are the smallest of the rorqual whales, have a very streamlined body, and are most easily identified by the white band or "mitten" on each narrow, pointy pectoral fin. The dorsal side of the body is dark to light grey, often including a light grey chevron across the back behind the head, ahead of the falcate dorsal fin. They have two rows of baleen hanging from either side of the upper jaws and can have between 230 and 360 short baleen plates per row. A spout, or blow, from this species is often not visible. They are one of the few species of whales still hunted in the world by a few countries including Norway, Iceland, and Japan. Among all the baleen whales found in the St. Lawrence, we known the least about minke whales. 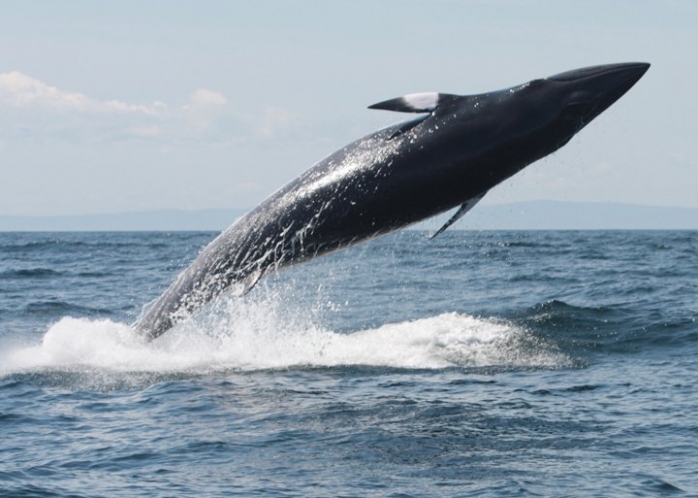 
Behaviour: In the St. Lawrence the minke whales are the first to arrive in our study area, and the majority of whales we see are mostly females. It appears that during the summer season females have a more northern distribution than males, from studies conducted in greenland and japan. Minkes have a high site fidelity, returning to the same feeding grounds year after year, within the St. Lawrence and on a smaller scale, within the Mingan islands. We observe the same individuals feeding or "patrolling" the same beaches season after season. Minkes are typically solitary animals, but we sometimes see them in small group of two or three individuals particularly offshore in the later part of our field season. Here in the St. Lawrence only one or two cow/calf pairs have ever been sighted in over 30 years despite the fact that the species is thought to have annual pregnancy rates. While we know at least some of them are here in the summer, their winter distribution is a complete mystery, as is the existance of any breeding grounds. 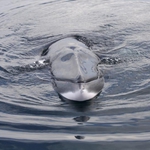 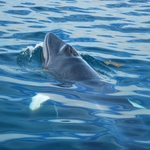 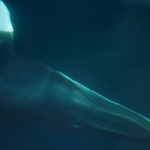 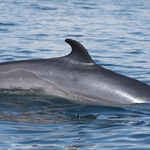 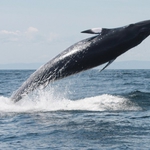 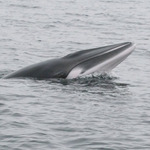