Portrait of an Endangered Species: The North Atlantic Right Whale

The North Atlantic right whale (Eubalaena glacialis) has a stocky, rotund body shape that is mostly black in colour, sometimes with irregular white ventral patches. They do not have a dorsal fin. The distribution pattern of callosities found above the eyes and all around the rostrum of the right whale make it possible to identify each individual. Individuals can range from 13 to 17 metres in length and weigh between 45 to 65 tonnes. Compared to its weight, the animal is relatively short, which gives it a stocky and plump appearance.

Cetaceans (all whales, dolphins and porpoises) are divided into two suborders; Ondotoceti (toothed whales) and Mysticeti (baleen whales). Within the baleen whales, there are 4 families, the rorqual whales (balaenopteridae), the gray whale (Eschrichtiidae), and the right whales (Balaenidae) and pygmy right whales (Neobalaenidae). The North Atlantic right whale is part of the genus Eubalaena, which translates as the “true whale”. There are physical differences between baleen whales and rorqual whales.

The term ‘rorqual’ comes from the Norwegian, ‘ror’, meaning furrow, and ‘hval’ meaning whale; 'furrowed whale', representing the ventral pleats. Rorqual whales are very streamlined,  with pointed heads and have many pleated throat grooves  (ventral pleats) stretching from their lower jaw to their bellies that expand when they feed, allowing them to engulf a large amount of food in one go. Other baleen whales, like the right whale, do not have these ventral pleats, resulting in different feeding techniques. The anatomy of right whale mouths lends itself particularly well to a feeding technique referred to as “skimming”. Their jaws are strongly arched to accommodate hundreds of long, tightly layered baleen plates (up to 3m in length) hanging from their upper jaw, except for a gap at the very front of their mouths. Right whales feed by skimming slowly through large patches of copepods (type of zooplankton) and use their baleen plates to strain the prey from the seawater. A single right whale can consume up to 1100 kg of copepods per day! Their very thick layer of blubber, up to 50 cm thick, can serve as energy storage for periods when they are not actively feeding, for example, during the breeding season. 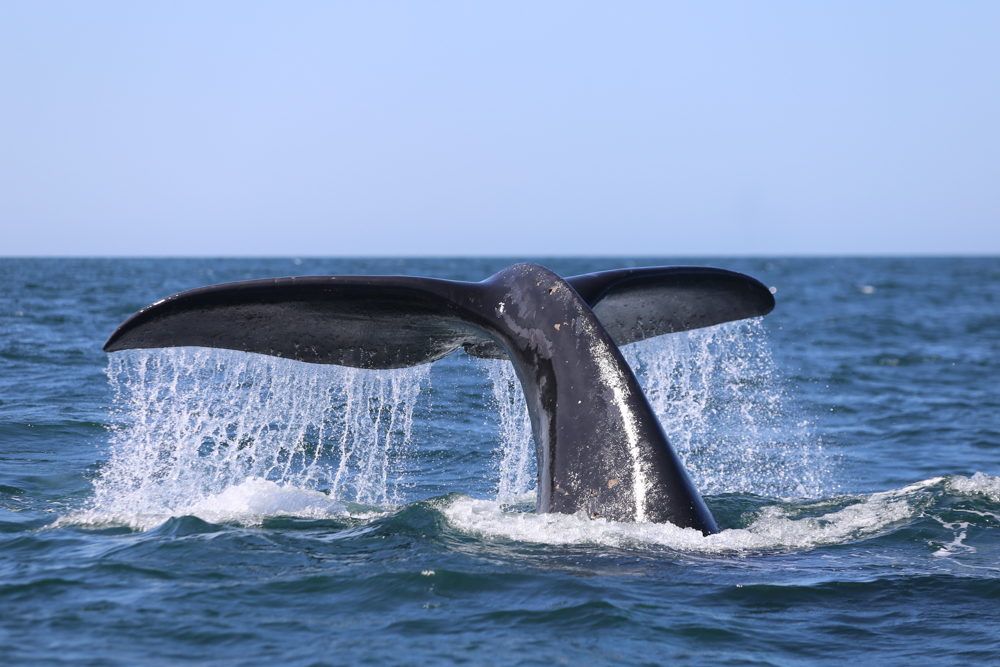 Hunted for Many Years

For thousands of years, North Atlantic right whales and other large whales have been hunted by indigenous peoples for food and to fashion objects from their remains. Every part of the body was used: the fat and oil (used for heating and lighting), meat, organs, baleen and bones, with the latter used to build houses, furniture and tools.

Commercial whaling starts in the 11th century with the basque whalers, who call right whales the "whale of Biscay", from the eponymous Bay of Biscay, located between France and Spain. The hunt continued to increase over the centuries, especially as whale oil and baleen had a great commercial value. Unfortunately for the right whales, they are ideal targets for two main reasons: they are slow swimmers who tend to stay at the surface for longer periods of time, and their thick layer of blubber means that they stay buoyant once killed. Commercial whaling boomed along with the industrial revolution, which drove many whale species to the brink of extinction. In 1931, North Atlantic right whale hunting was restricted by the Convention for the Regulation of Whaling. At that time, the population was estimated at only 350 individuals. Since then, recovery has been extremely slow, and remains precarious. 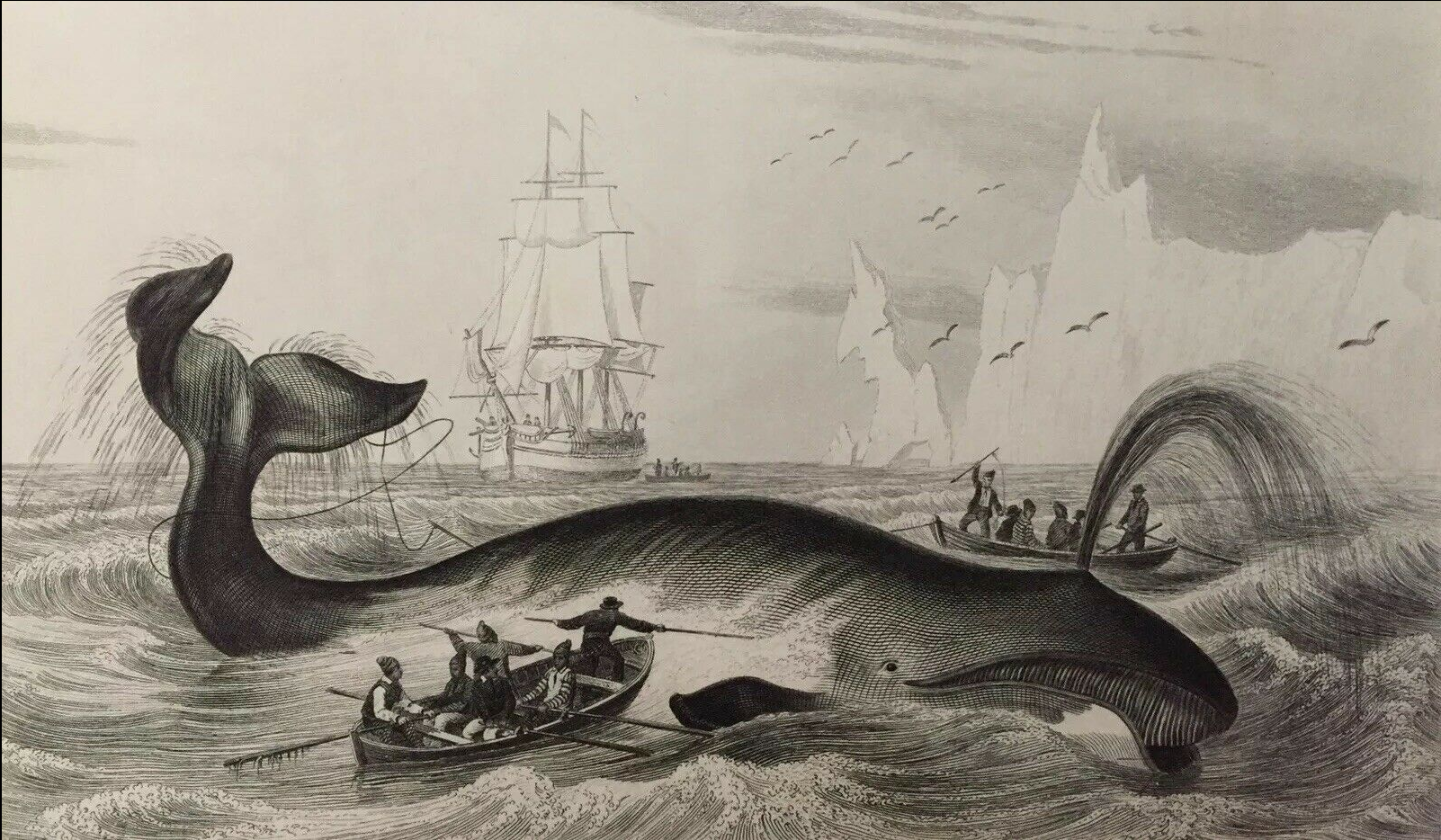 To date, according to the latest census in 2018, only 411 North Atlantic right whales remain. Although they have been protected for several decades, they are subject to an array of modern threats resulting from anthropogenic activity, such as collisions with ships, entanglement in fishing gear, climate change, and destruction of their habitat. Additionally to these threats, right whales are still struggling to recover from the commercial whaling period due to their late sexual maturity and long calving intervals. Although these populations no longer face pressure from commercial whaling, the right whales are still the most endangered species. The population has been recovering at a rate of 2.4% since the 1990s - less than half that of other whale species.

The North Atlantic right whale is an endangered species listed as ‘species threatened with extinction’ on the Species at Risk Act (SARA) registry. Measures to protect the species are being put in place in Canada and the United States.

In Canada, temporary closures of fishing zones occur when a right whale is sighted in the Gulf of St. Lawrence. Its location is sent to the Canadian government, which then bans fishing within the zone where the right whale was reported for 15 days. If the animal is observed again in the area, the ban is extended for another 15 days. If the animal is not observed again, that zone is re-opened. Additionally, active emergency response programs exist to rescue animals entangled in fishing gear.

To address the problem of ship strikes, a 10-knot speed limit is in place throughout the areas highly frequented by the species. This gives the animals more time to react to the noise of approaching vessels and increases the chance of survival in the event of a collision.

These measures were put in place in 2017, after 17 animals were found dead in the Gulf of St. Lawrence, representing a loss of more than 3% of the population in just four months. In 2018, no deaths were reported in Canada. The measures therefore seem to have been beneficial for the species last year. However, in 2019, the beginning of the season brought 8 cases of mortality, 3 of which were caused by ship strike and 2 by entanglements, with the remaining causes of deaths yet to be determined.

In recent years, we have seen an increasing number of right whale sightings in our study area, something that was very rare in the past. In 2016 we observed 36 individuals - a first for MICS! This year, we identified only 3 individuals: # 3890, # 3810 and # 1701 (Aphrodite). They remained in the eastern part of our research area for several weeks. We even had the chance to observe two of them (#3890, a female, and #3810, a male) interacting on August 27, 2019. Both animals were rolling and rubbing against each other before diving and surfacing together. The female #3890, who had also been seen interacting with a female last year, came to observe us on the boat, followed by a show of small breaches, tail slaps and showing his belly and pectoral fins. A true privilege for the MICS team! 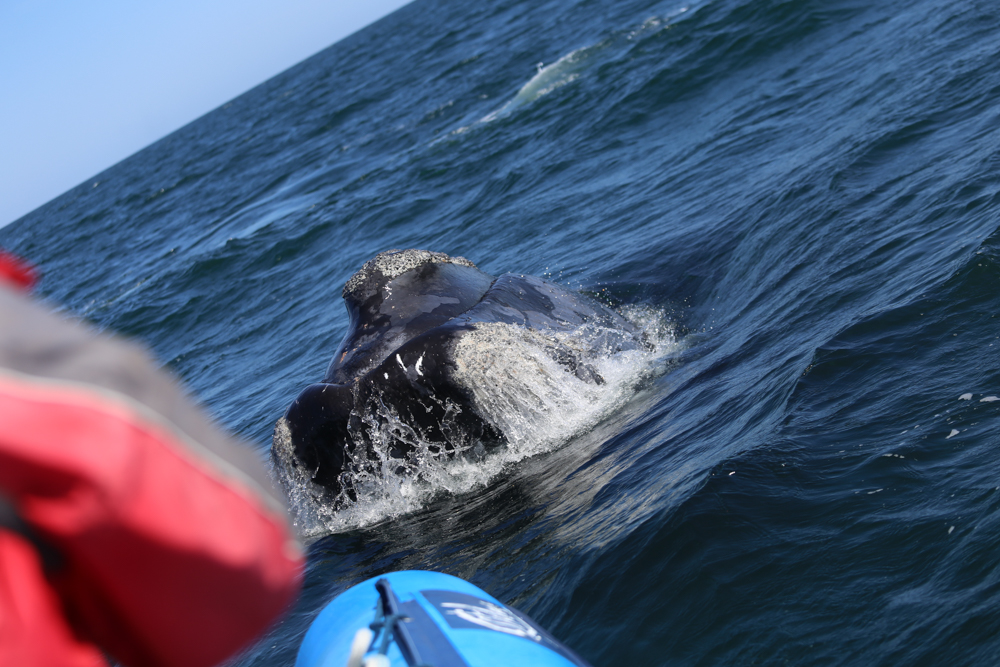 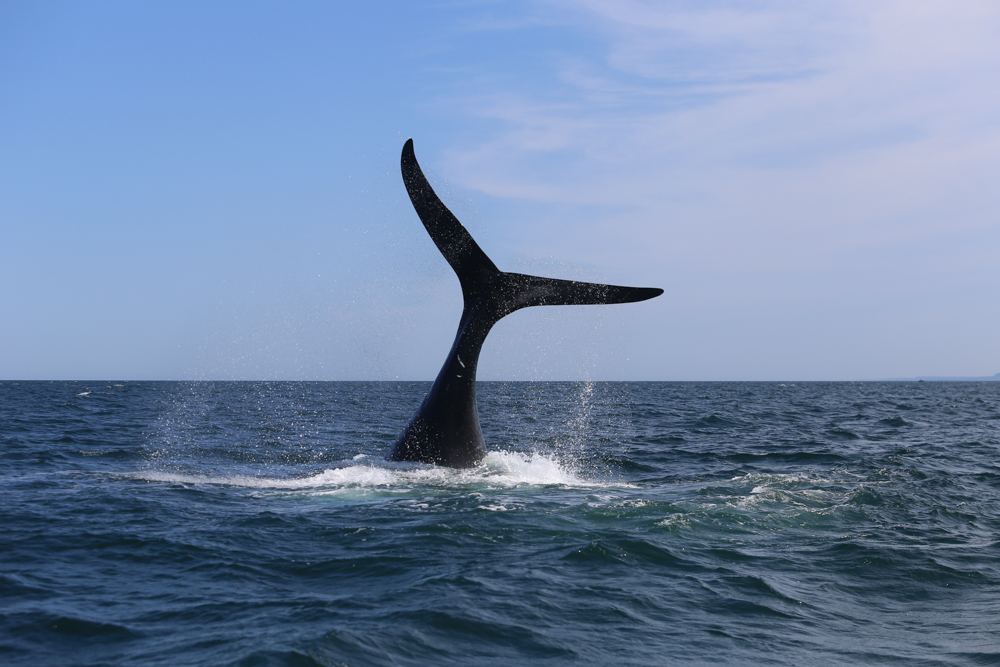