The harbor porpoise (Phoconena phocoena) is a small cetacean with a maximum length of 1.9 m (6 feet) and a maximum weight of 90 kg (198 lbs). On average, they are smaller and do not exceed 1.5m (5 feet) and weigh no more than 60 kg (132 lbs). Females are slightly larger than males. This porpoise has no beak, but a rounded rostrum, where it houses between 22 and 28 teeth on each side of the upper jaw and between 22 and 26 on each side of the lower jaw. The harbor porpoise is dark gray (or dark brown) on the dorsal side, light gray on the flanks and white on the ventral side. The fins are also dark in color with a dark band extending to the eye.

They are relatively discreet and shy animals in the presence of boats. In the majority of cases, only the dorsal fin of the surface animal is observed; they are very acrobatic.

The harbor porpoise is found in the shallow, coastal waters of the North Atlantic, North Pacific and Black Seas in temperate and subarctic waters of less than 15°C. It is sometimes possible to observe them in bays and big rivers. 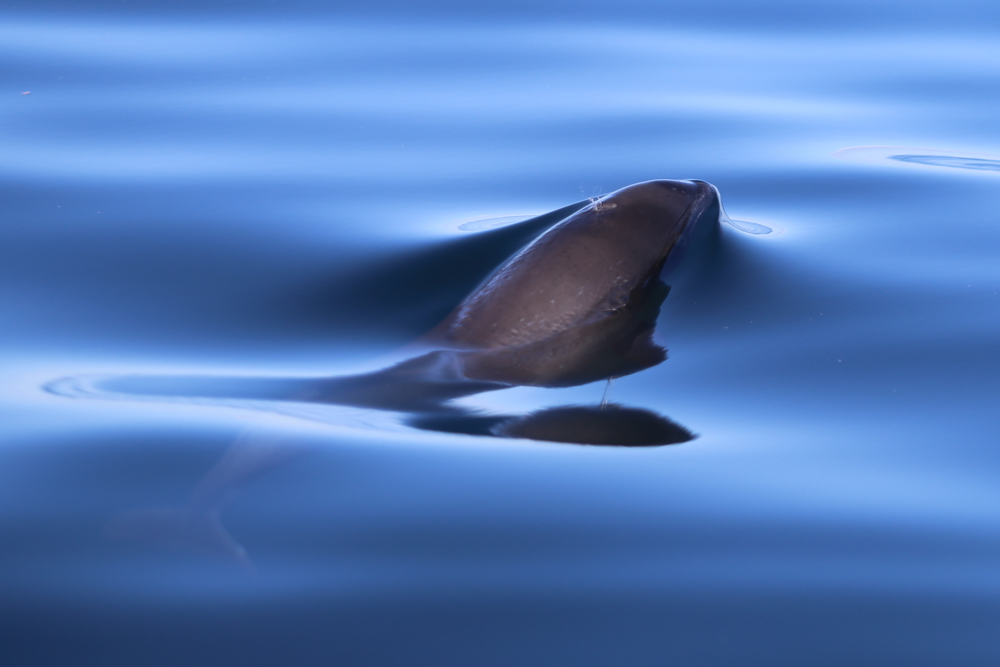 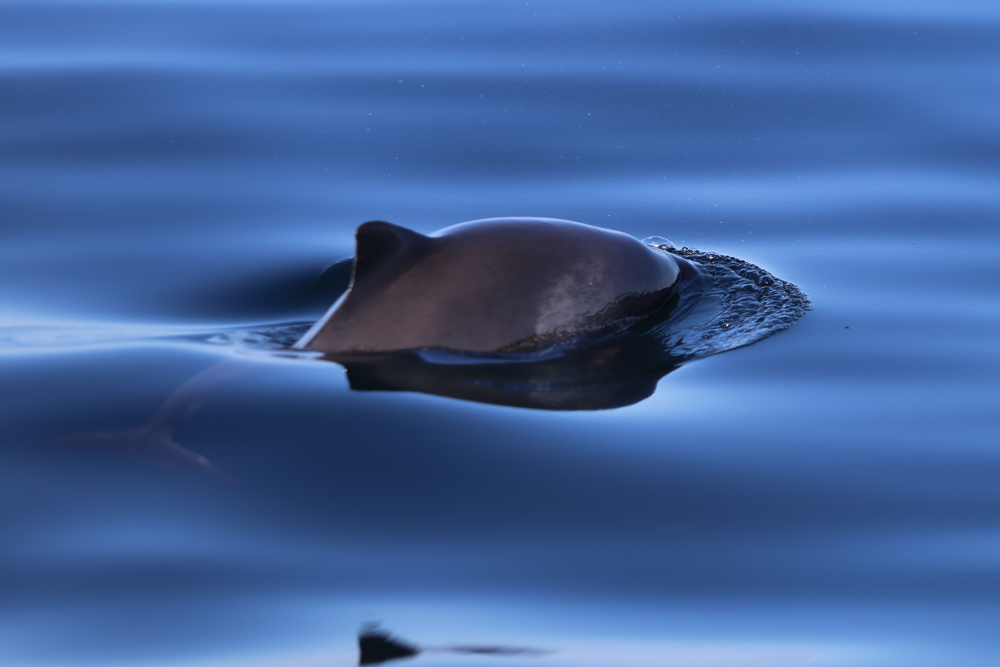 Dolphin or porpoise? What are the differences?

Although both are cetaceans of the order Odontocetes (toothed whales), they are part of two different families. Porpoises are part of the Phocoenidae, which six representatives, and dolphins of the family Delphinidae, which encompasses 33 species.

Making the difference between these two closely related species is not easy in the field if you are not used to observing marine mammals, but there are some differences that distinguish them.

From a morphological point of view, dolphins are generally larger than porpoises, but the most notable difference between the Bottlenose Dolphin (Turiops truncatus) and the Harbor Porpoise (Phoconena phocoena) lies in the shape of their beaks: the rostrum the dolphin is elongated and thin, while the porpoise has a rounded head and a short beak. Their teeth are also different, those of the dolphin are conical, while those of the porpoise are flat and spade shaped. 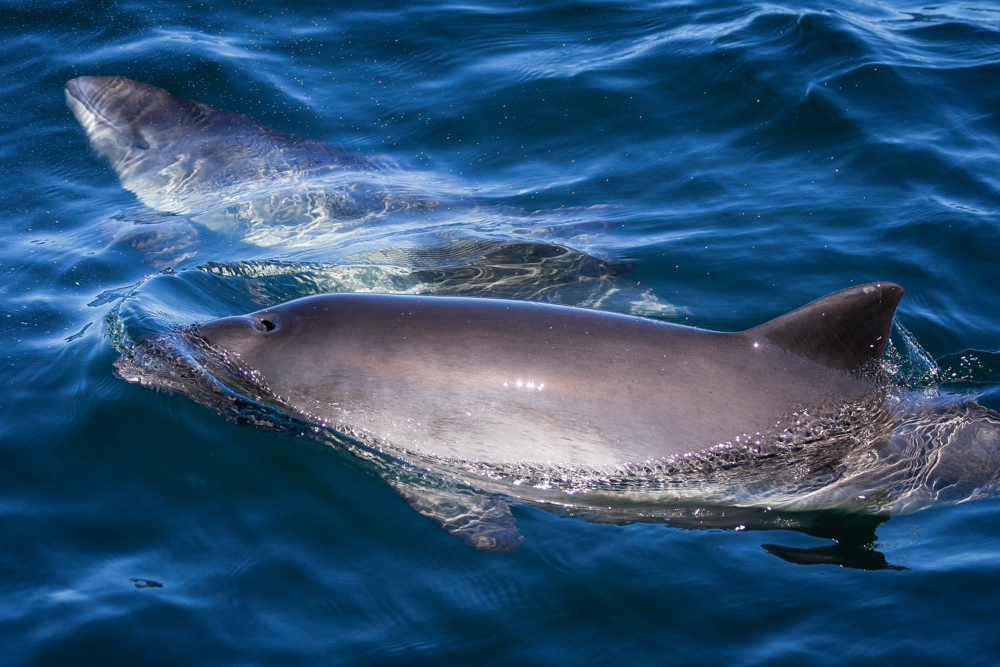 Another significant difference between the two species is in their way of communicating. The dolphin produces all kinds of sounds audible by men, a mix of vocalizations, clicks and whistles, and live in community; while the porpoise lives in much smaller societies of 4 to 5 individuals on average and does not emit sounds that we can hear.

As mentioned earlier, porpoises are generally shy and stay away from boats - although some young ones come to inspect boats - while it is common to see dolphins interacting with humans and boats.

PLEASE NOTE: In addition to being very different, several observations have been made of bottlenose dolphins attacking harbor porpoises. The origin of these attacks remains undetermined until today. Humans do not seem to be the only animal that has trouble tolerating differences.