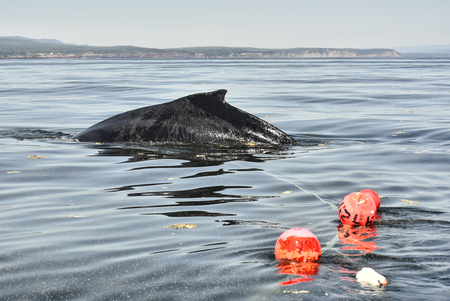 H710 aka “Snowball” was first seen in Gaspé by our team in 2007. Ever since, this female humpback whale has been a regular visitor in the Gulf of St. Lawrence, and is frequently observed in Gaspé and occasionally in Mingan.

On the 8th of June 2017, our team was approached by a vessel in Gaspé that directed us to an entangled whale nearby. We approached and identified H710 to find the animal entangled in two buoys and several ropes. This gear was later identified as snow crab fishing gear. 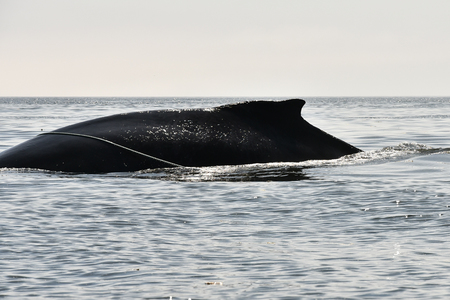 Snowball was seen taking a few breaths at the surface and diving, taking the buoys with her. She suffered from severe rope injuries on the peduncle and on the edges of the fluke along with several scrape marks along her body. Our team observed the animal for about an hour and returned to the dock shortly after due to unfavorable meteorological conditions. 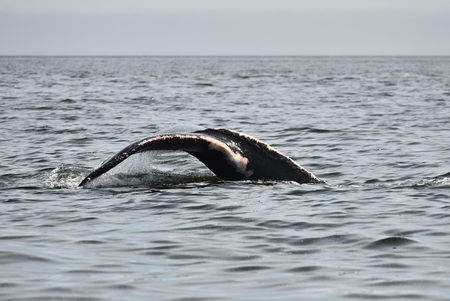 Damage on the animal's peduncle and fluke, June 2017 ©MICS

The next morning, two boats from MICS returned to the same position in search of the animal, but Snowball was not found in the area. Since she was not sighted again that year, we prepared ourselves for the worst!

About a year later, on the 4th of July 2018, our collaborator René Roy brought some great news to us - he photographed H710 in Gaspé, alive with healed wounds. Snowball survived severe scar damage on the body, peduncle and fluke from the entanglement the previous year. We were surprised that the animal was alive and of the possibility that the whale freed itself from fishing gear!

Recently, while corresponding with our colleagues at Center for Coastal Studies we realized that Snowball was observed by their team off the coast of Cape Cod (Gulf of Maine) several weeks after being spotted entangled in Gaspé. The animal was still entangled in the same snow crab fishing gear. This means that the whale swam from Gaspé all the way down to the Gulf of Maine, dragging the ropes and buoys with her! Our colleagues at Center Coastal Studies successfully disentangled the animal in their first attempt on the 21st of July 2017.

We are astonished at the resilience of these animals! 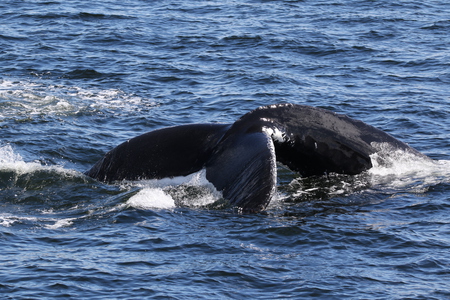