MICS is now half way through its 41st research season and it is time for a first resume. So far we have seen our main study species, fin whales (Balaenoptera physalus) and humpback whales (Megaptera novaeangliae) and two right whales (Eubalaena glacialis). While 2018 was a record year with 8 blue whale calves, 2019 sees more fin and humpback whale offspring. Until now, 12 humpback whales calves have been observed.

Many of our well-known female humpback whales have not yet been observed, so the total number of calves in the Gulf may well increase during the season. Tingley (H277), Stalagmite (H472), Koudou (H406) and Schnecke (H458) have been observed with calves once before, the other are all mothers for the first time, as far as we know. This is a good sign for the humpback whale population, after a period with very few offsrping between 2010 and 2016. The record for the number of humpback whale calves was recorded in 2005 with 17 calves, while last year we observed 6 mothers & calf pairs.

H890 was the first to be observed with a calf, this year in June off Sept-Iles by our collaborator Jacques Gelineau. She was only observed for the first time in 2018.  Sept-Iles seems to be a good place for humpback whales this year. After years of few humpback whales in Gaspe, the whales were back in large number this year. Rene Roy reported 25 different humpback whales in a single day just in the Bay of Gaspé in the beginning of the season. As the season progresses these whales are usually moving more north into the Gulf following their prey. 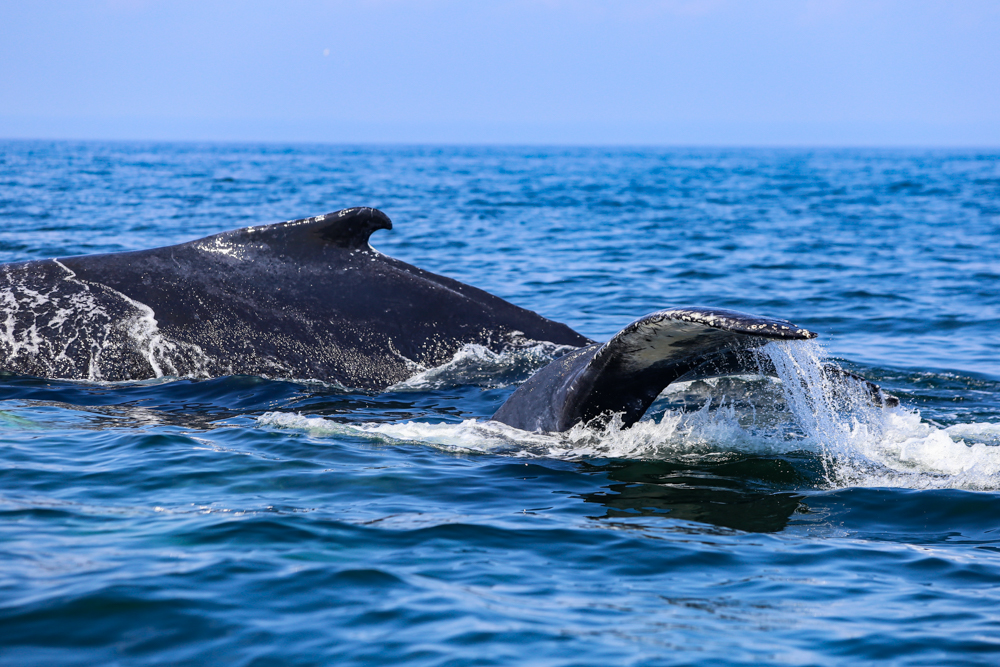 Within our core research zone, north of Anticosti, Stalagmite was the first humpback whale observed our team accompanied by a calf. This calf is not her first, she was observed in 2005 and 2010  with other ones. Since then, we have observed Schnecke (H458), Tingley (H227) and Koudou (H406), known for several years by the MICS, all having already had calves in previous years! We also observed Hockey (H588), BBR (H626), H752, H782, H861 and two other females, not yet identified in our catalogue, accompanied by their very first calves. In the first two cases we know that Hockey is already 16 years old while BBR turned 14 this year. We are certain that this is BBR’s first calf, because we saw her in every single year since she was born in 2005.

Hockey on the other hand has produced the first documented fourth-generation humpback whale in the St. Lawrence. Pseudo (H008) was observed for the first time with her calf Fleuret (H009) in 1982. Fleuret was not seen for 5 years after her birth, but since then has been observed in every single year. Fleuret had her first calf (H226) at the age of 9 in 1991. She has since given birth to 7 calves including Barbillion (H405), High Heels (H725), Lighthouse (H549) and Hockey (H588). Hockey was born in 2003 and has been a more occasional visitor in the St. Lawrence, so we do not know if this year’s calf was her first one. 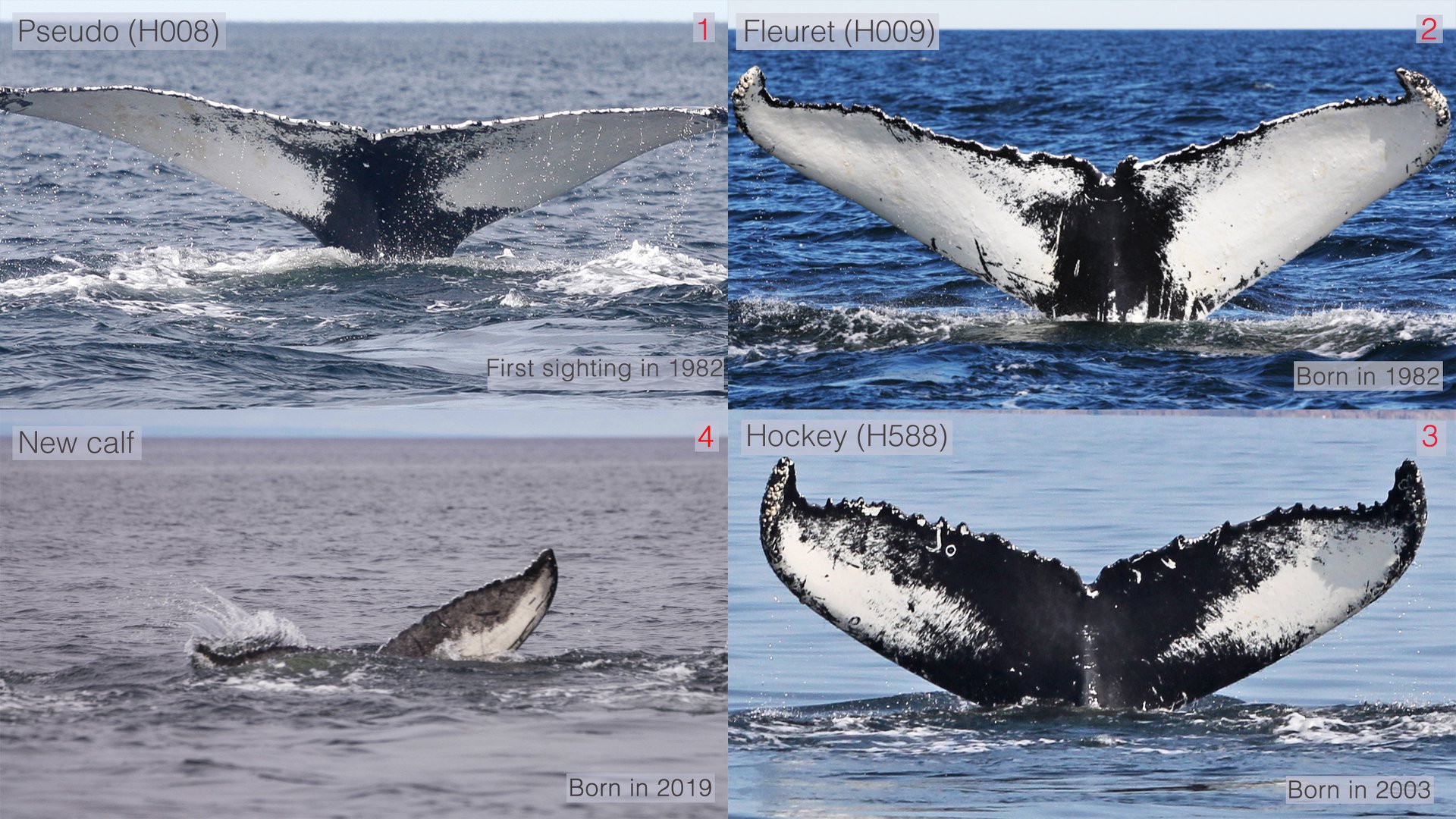 All the observations made by our teams and collaborators, and the data collected since MICS began, allow us to learn a little more about the life history of humpback whales in general, and more particularly in the population in the Gulf St. Lawrence.