The 41st season is over and the MICS field station is tucked in and ready for the winter. The team members have gone back to their homes, so it’s time to give you a little overview of what happened during the 2019 season!

It was a very good year for whale encounters throughout the entire Gulf of St. Lawrence! Our mobile team studying blue whales (Balaenoptera musculus) identified over 70 individuals along the south shore! Whilst we are still waiting for the photos from our collaborators, we already know that animals were present in high numbers around Sept-Îles, Gaspésie and the estuary since the beginning of the season, when we got a report that a group of about a hundred large whales were sighted off the Gaspé peninsula in June! (see “An armada of whales is heading towards the St Lawrence”).

Within our study area, the animals arrived relatively late, and whilst some animals stayed for the entire duration of the season, we did not observe the usual large aggregations of 50 or more animals. During a handful of our trips, we were able to find between 15 - 20 humpback whales (Megaptera novaeangliae). 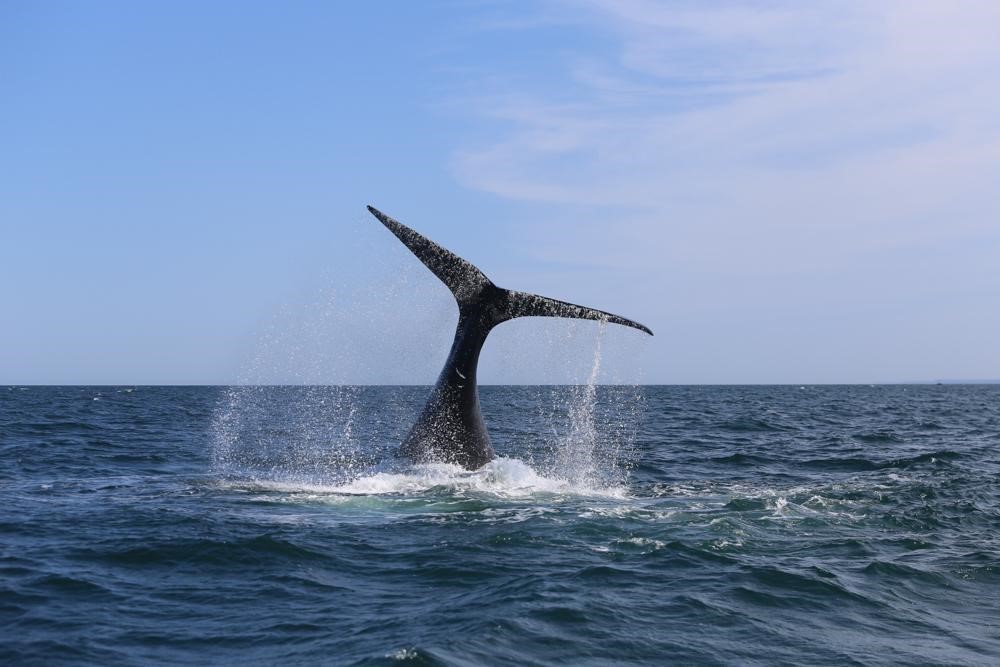 The most unusual thing this year was very low numbers of minke whales (Balaenoptera acutorostrata) and harbour porpoises (Phocoena phocoena) present this season, raising the question, has there been a shift in prey distribution? This would be the most plausible explanation, especially considering that the team observed red faeces from larger whales, suggesting they were feeding mainly on krill. 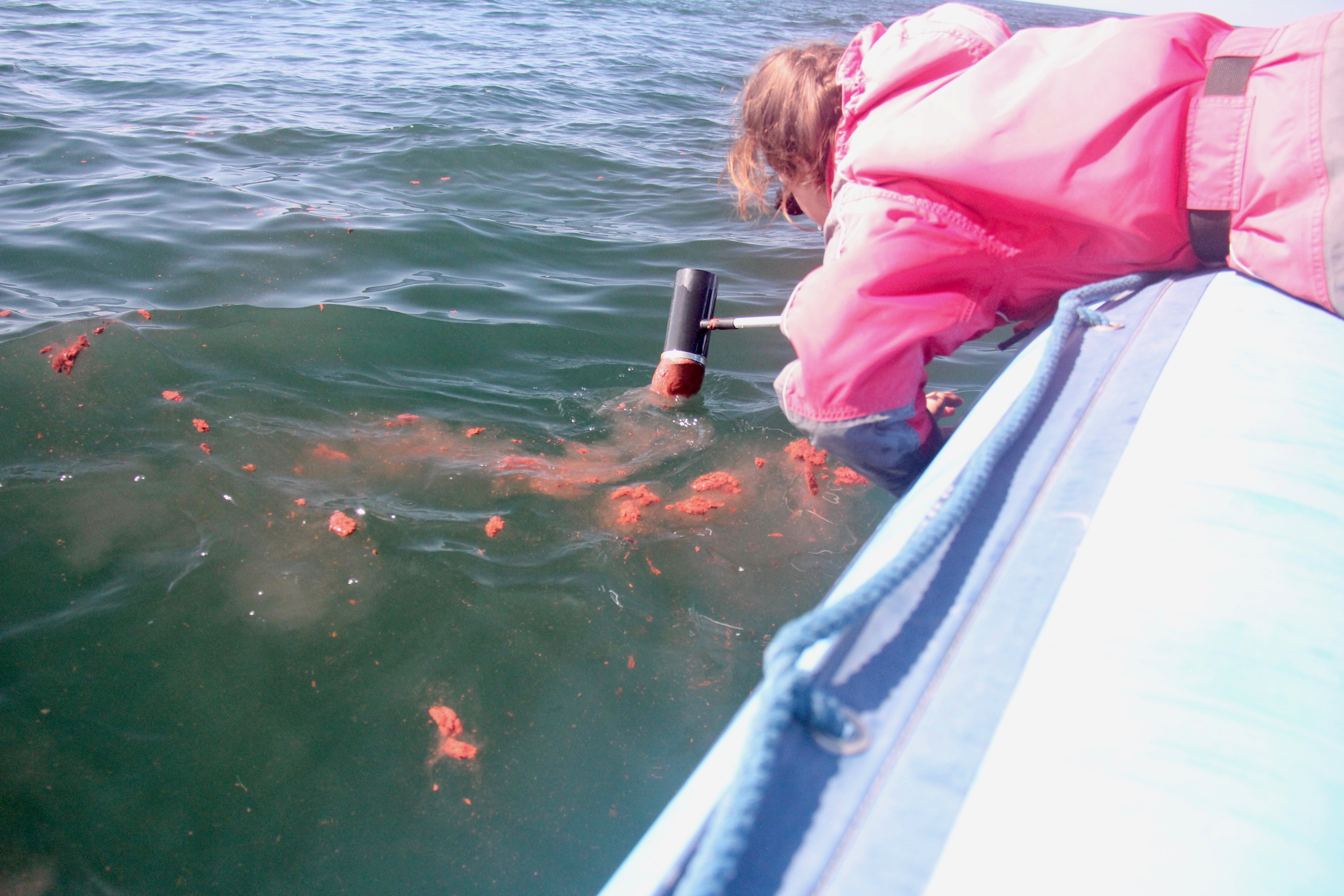 There were no blue whale calves seen this year, which came as a surprise, since 2018 was a record year with 8 calves (see “A blue baby boom!”). However, we cannot draw conclusions too quickly, perhaps the cow-calf pairs separated earlier this year than in previous years. There is still much about blue whale reproduction and calf rearing that still remains unkown, and so much to discover!

Seven fin whale calves (Balaenoptera physalus) were sighted this season, making 2019 an average year for the species. Humpback whales however, started off the season with 13 calves! If you read our mid-season newsletter, we were wondering whether we might break the 2005 record with 17 calves sightings, but that didn’t happen, as no other calf was spotted since the end of August. We will be able to confirm the number of calves after having analyzed both ours and our collaborators’ data. 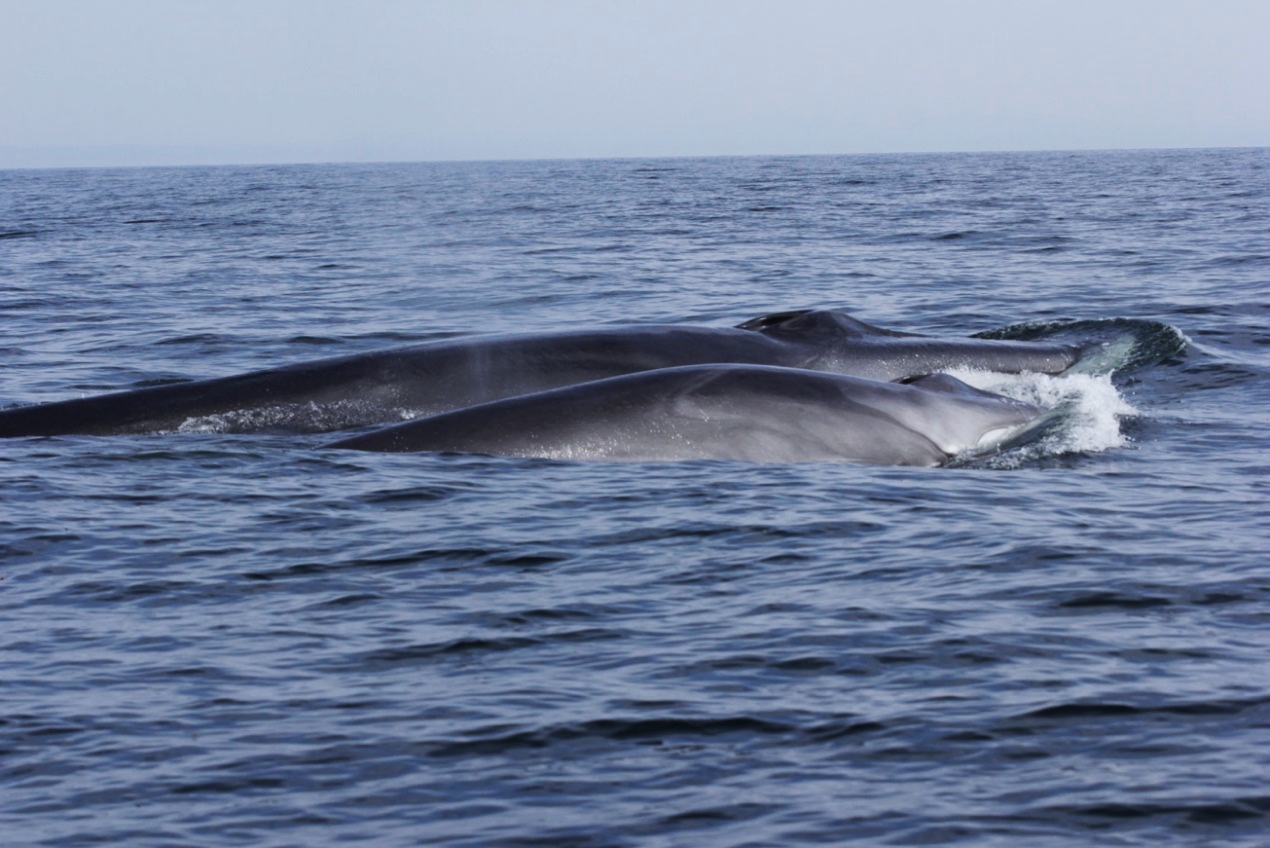 2019 was the second year running our entanglement study using drones. In partnership with DroneBox, we were able to identify 44 fin whale individuals. We hope to continue this project in the coming years to assess the annual entanglement rate of blue and fin whales. This study is critical to assess the threat of fishing gear on these animals. For more information on the 2019 results, we invite you to read the article: “Entanglement study: 2019 results”.

Many of you came to visit us at the museum in Longue-Pointe-de-Mingan. It was a pleasure to welcome you and share our passion for marine mammal science! With each visit, you actively participate in funding our research on the marine mammals of the St. Lawrence and for this, we would like to thank you! 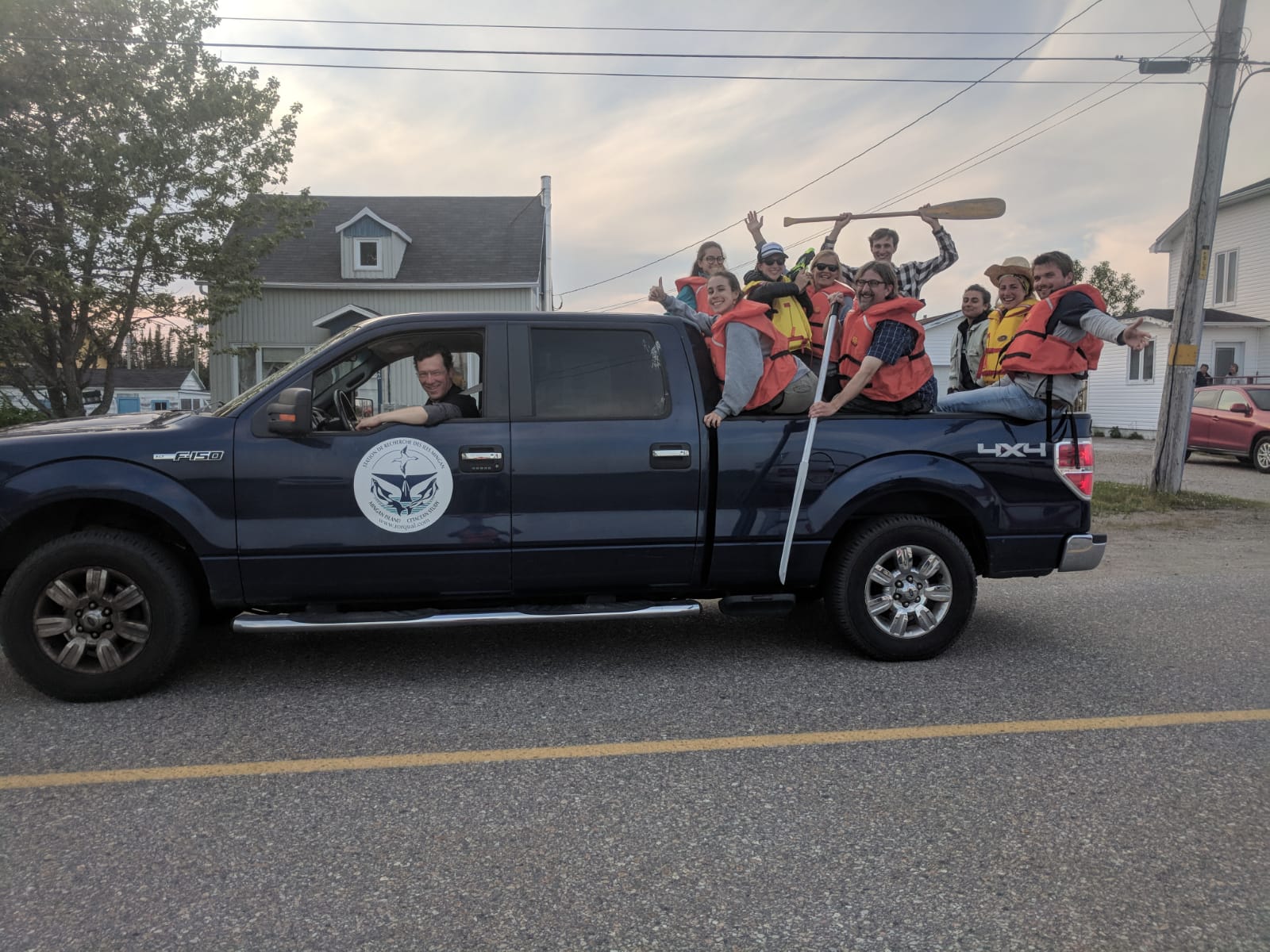 The MICS team taking part in the parade in  Longue-Pointe-de-Mingan, 2019 © MICS photo

This year we had a smaller team than usual, making the field work more intense but still as exciting! MICS and all its associated projects are only possible because of the people who dedicate their time and energy (mostly volunteers) to the research and conservation of these marine mammals! It is not only the work on cetaceans that keeps bringing people back to the station, it is also the team atmosphere. MICS is an extraordinary adventure, so thank you to all who were a part of it this year.