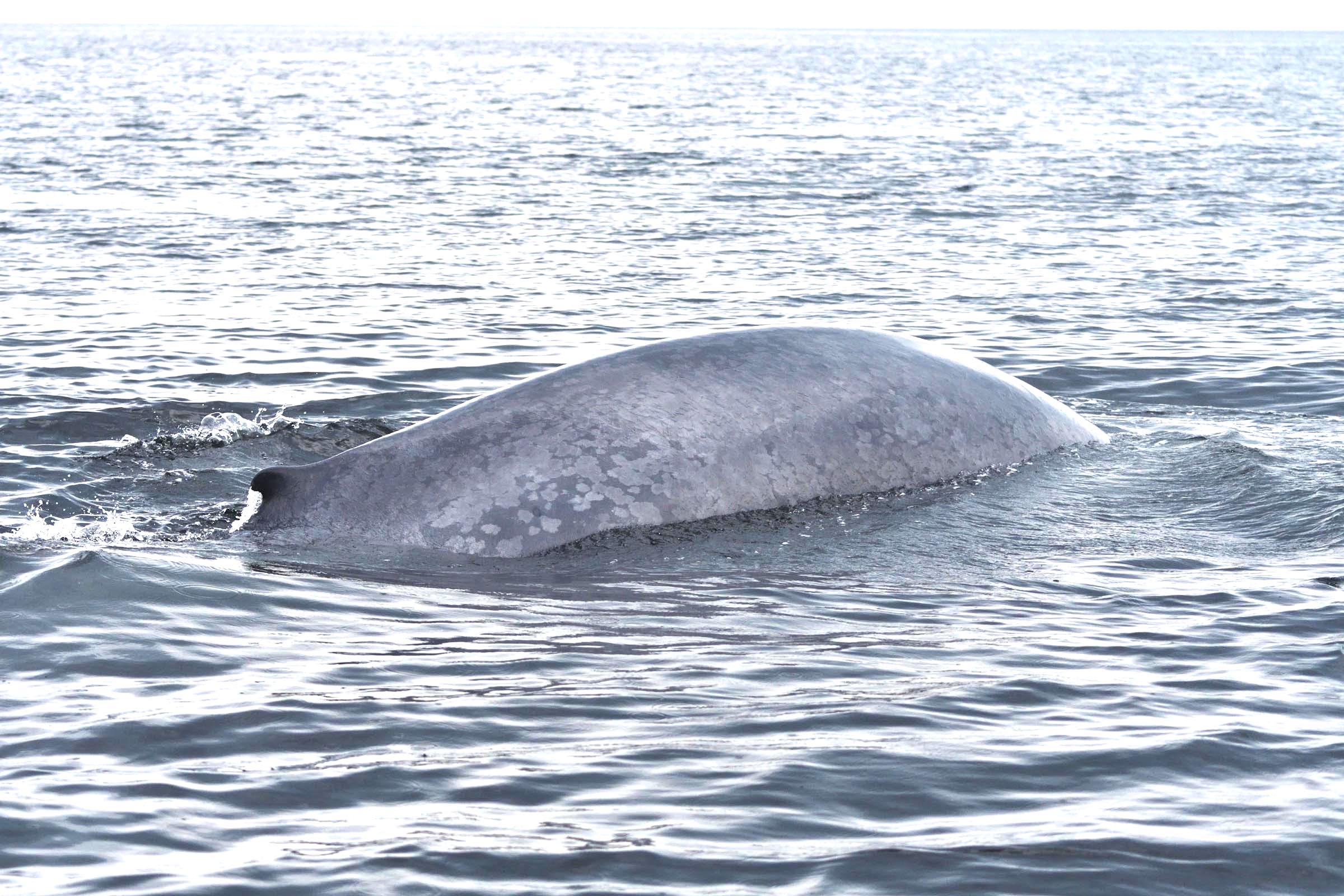 “You see nothing for years and all of a sudden, you get two within a year!”. Richard Sears’ enthusiasm was palpable when he recounted the news that a blue whale calf had been sighted in the St. Lawrence by a team of the Department of Fisheries and Oceans (DFO) on July 6th off Cloridorme (Gaspesie).

This is, indeed, no small piece of news. After 9 years without seeing a blue whale calf (last sighting was B107 “Pleiades”’s calf in 2008), there have now been two blue whale calves sighted in the St. Lawrence. The first one, seen in May by our collaborator René Roy, was exciting, to say the least. To have sighted another calf within the region is very encouraging!

The mother was swiftly identified as B208 by Sears, a female that was first identified in 1989, biopsied in 2003, and regularly seen up until 2015.

The calf looks in good condition, and B208 looks well despite exhibiting the tell-tale signs of a lactating mother: a thinner look and a characteristic dip behind the head.

Blue whale calves may be seen throughout the summer feeding season, and may be seen well into the end of August and October. Could we be seeing more of them? Only time will tell! Be sure to follow us on Facebook for more updates!