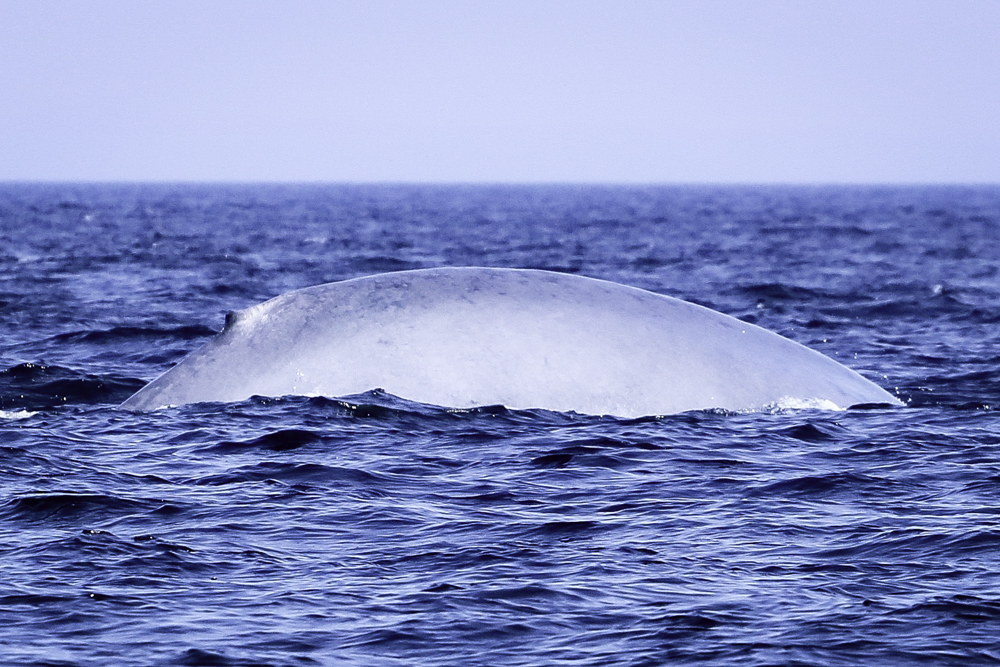 Back in 1984, Richard Sears was working in the waters off Port Cartier, a small town along the North Shore of Quebec, where the Gulf of St. Lawrence starts to widen. Six years into its existence, MICS had already identified over 150 blue whales in the Northwest Atlantic. Among them, was B155. This whale earned itself the affectionate nickname of “Nubbin”, due to the fact that it had a very small, nondescript dorsal fin.

Blue whale dorsal fins, as for many species, comes in all shapes and sizes. Nubbin's dorsal fin stuck out as being particularly small.

The yearly summer field research seasons succeeded one another for decades, during which researchers identified many more blue whales. Some were regularly seen, others, like Nubbin, were never seen again.

When Richard started conducting research on the Pacific blue whale population in Baja California, in the Sea of Cortez in Mexico, he came across a similarly small-dorsaled individual, BB045, and also named him Nubbin. Unlike his Atlantic conspecific, BB045 was a very regular whale in the Sea of Cortez, and resighted almost every year. 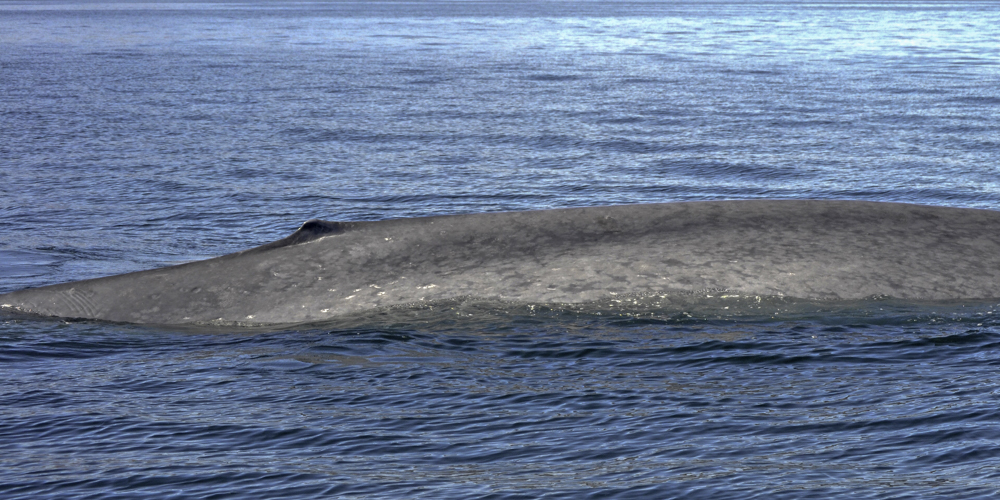 It was therefore a very nice surprise when Richard received a fresh batch of blue whale pictures this week, taken by our collaborator René Roy, in the same area where he had seen the third blue whale calf ten days earlier, and find that B155-Nubbin is back in the St. Lawrence! 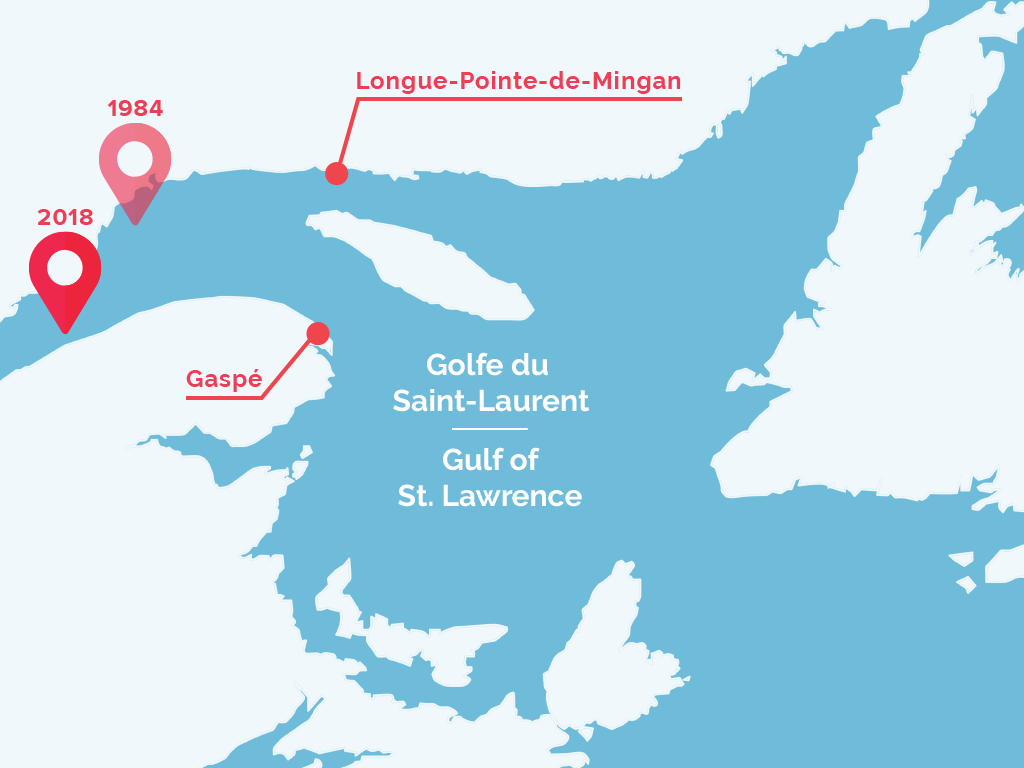 This sets the record for the longest time span between sightings, with a whopping 34-year interval. So, where has Nubbin been all those years? There is always the possibility that we might have missed it, of course, particularly in the early years. However it is doubtful that we would have missed it so consistently for so many years considering the amount of coverage (by scientists, whale-watchers, fishermen and sailors) that now exists around the St. Lawrence. Perhaps it was in an entirely different part of the St.Lawrence, or perhaps it was outside on the Scotian shelf, sea mounts, or perhaps even further? This gives us a further insight into how long they live and the time they can spend in different places of the North Atlantic Basin.

We do not yet know the sex of Nubbin, as we did not yet engage in biopsy sampling in 1984. But we will finally be able to add new and better photographs of Nubbin to our Northwest Atlantic catalog! 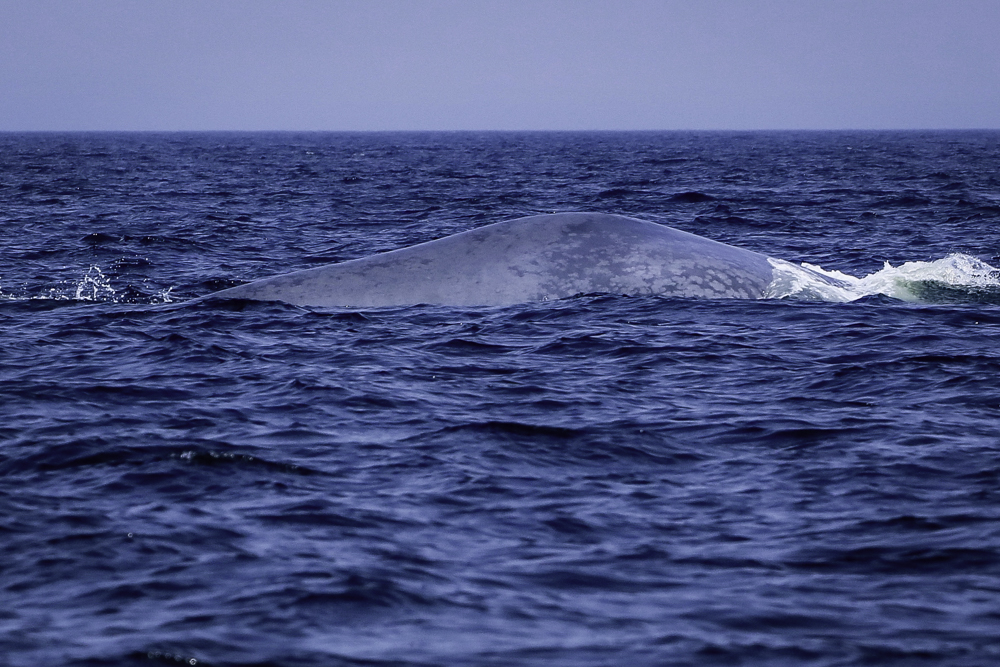 Note: MICS no longer conducts surveys in the Sea of Cortez, but it continues to receive blue whale photographs from local collaborators.