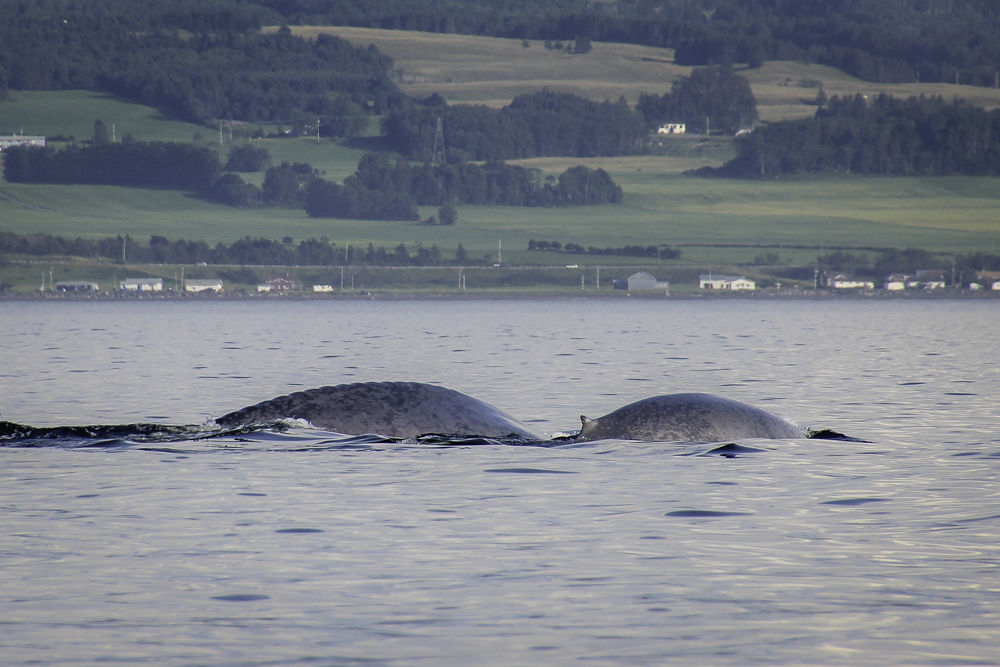 B522 with her calf off Matane. Photo: Benny Caron.

The pictures, taken in the waters off Matane by Benny Caron, have allowed us to identify the mother as B522, which was first identified only last year in the Sept-Iles area, on September 17th, 2017. She looks fairly emaciated in these pictures, however, that is not an uncommon look for lactating females. The nursing process is very energetically-demanding on female mysticetes, as they metabolise a lot of their blubber (fat) reserves to produce milk. Blue whale calves can increase their weight by 80kg per day on average, and grow from around 7m to 17m in the first 7 months of their lives!

The calf appears to be in good shape apart from sporting orca teeth marks on its dorsal fin, meaning he's already survived a killer whale attack in the first few months of its life. 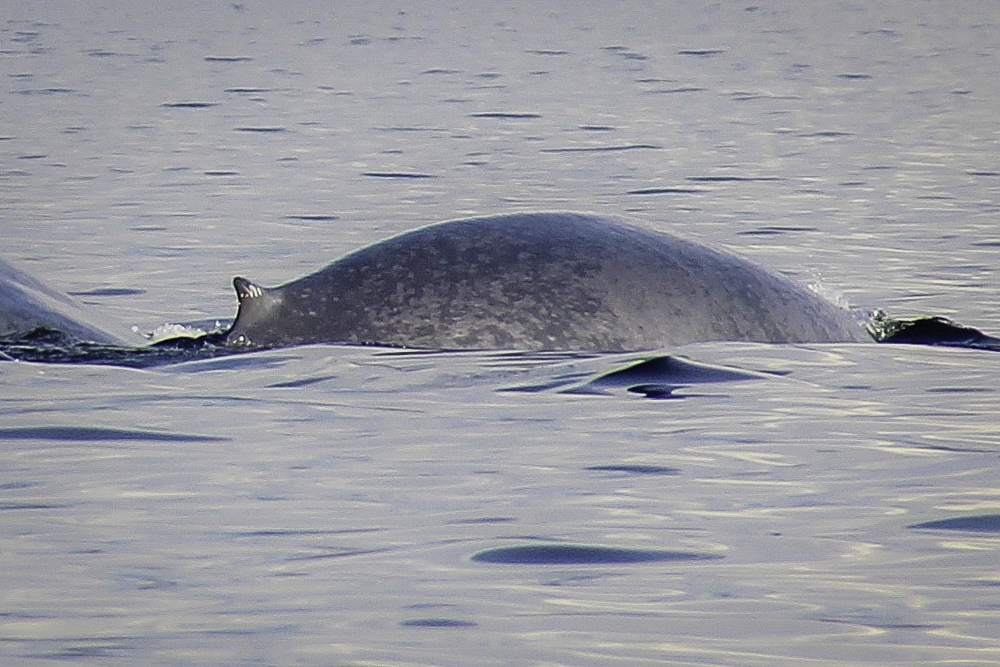 The pair were quite evasive around the boat, so Benny was only able to capture distant photographs of their right side. Ideally, we want to photograph them on both sides in order to have a complete set of identifying features for both of these individuals. Nonetheless, these images of B522 are of better quality than those captured last year in Sept Iles, so they will already improve our ability to identify this whale. 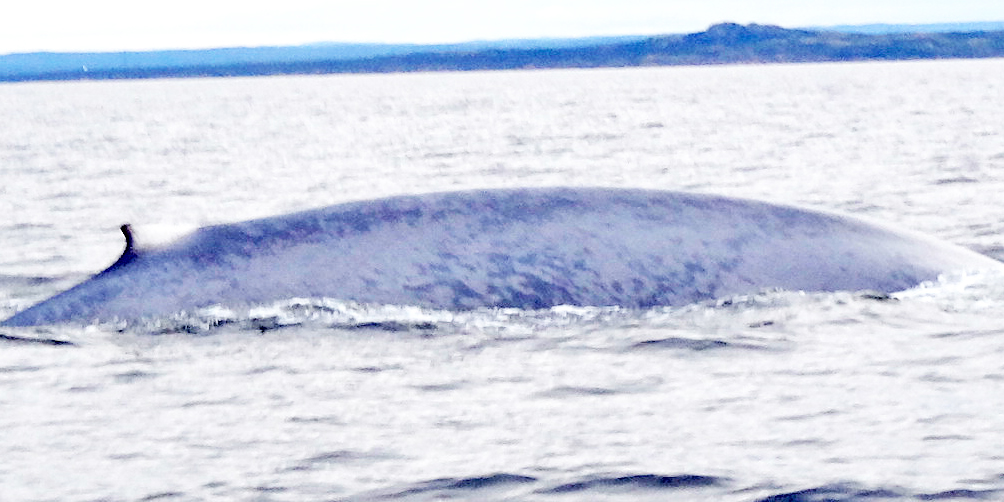 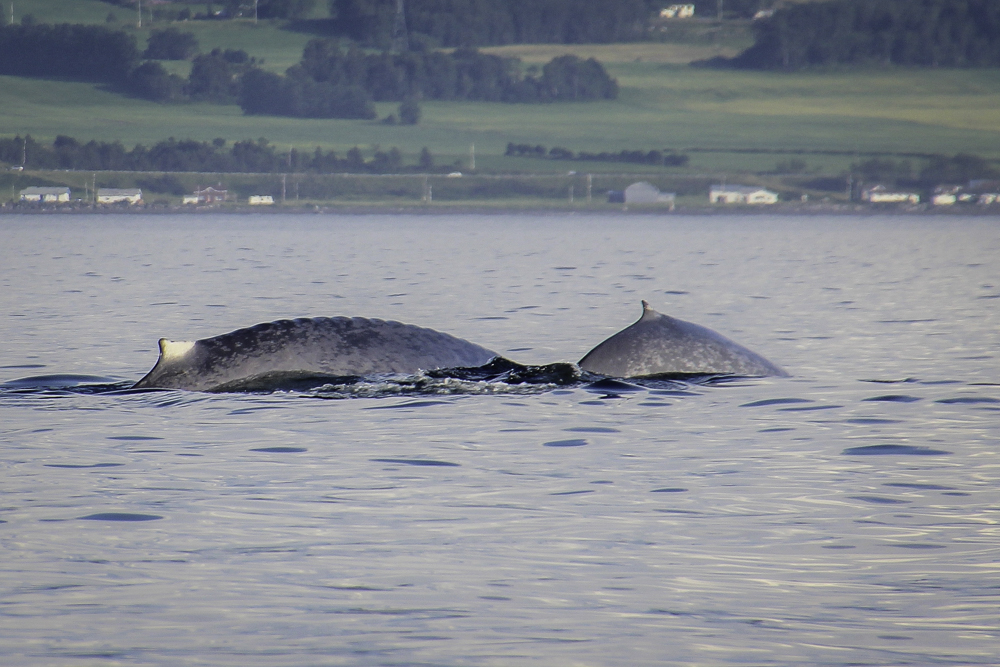