Blue whale tagging 2018: off to Bermuda?

[Scroll down for updates] ⬇︎

We may be off the water, but thanks to our tagging project, we can still follow some blue whales’ movements from land in the warmth of our offices!

Sadly, some of the tags deployed during the 2018 season have already ceased transmission. We are unsure why they do, but the most likely reason is that they have simply fallen off the whales. These tags, used by the Department of Fisheries and Oceans (DFO), which MICS collaborates with on this project, are less invasive and only penetrate into the blubber layer, and connective tissue, not the muscle. This means they have a higher chance of detaching, but ensure that disturbance is minimized. 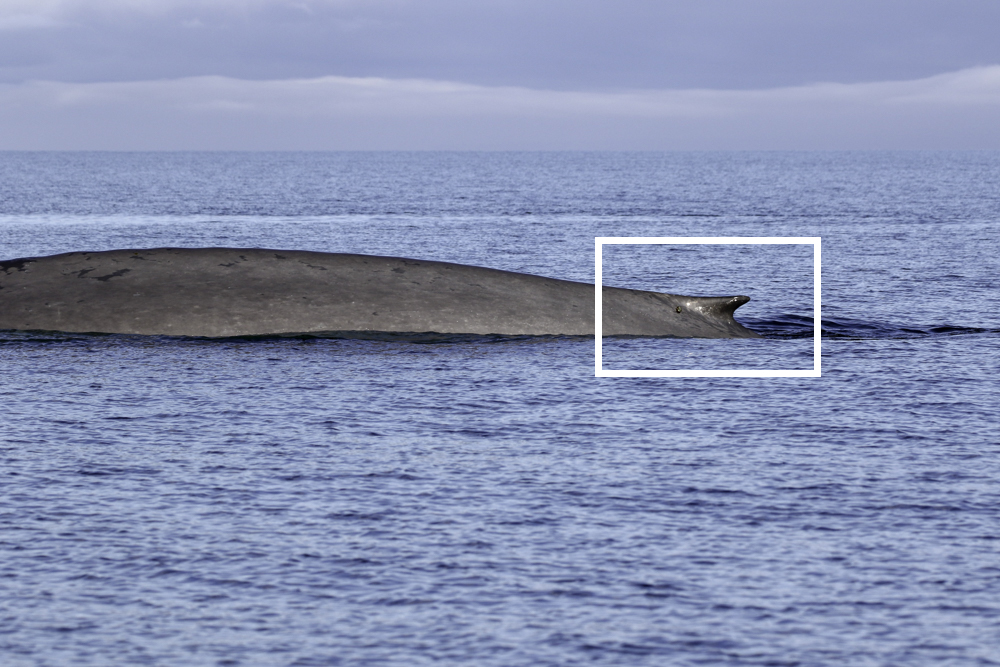 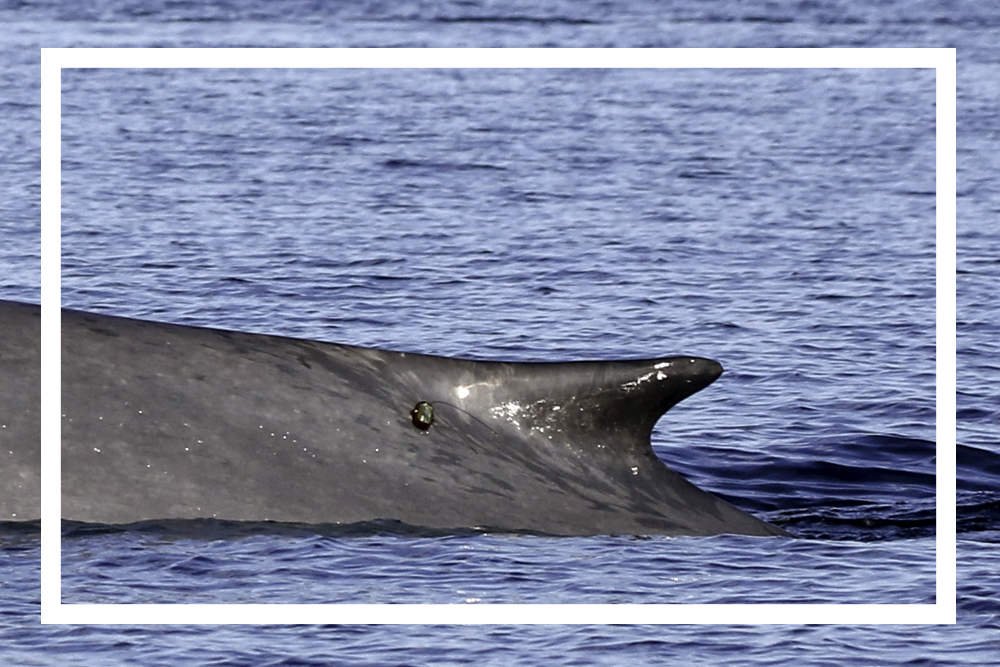 Tag placed on another blue whale that has sadly stopped transmitting.

However, one of them is still going strong and transmitting on a regular basis! Richard Sears and his team tagged B531 in the St. Lawrence estuary on September 20th, 2018, between Baie Comeau and Matane. While the sex of this relatively new individual is not yet known, Richard Sears reckons that it may be a male based on its behaviour as a flanker in the group it was seen. 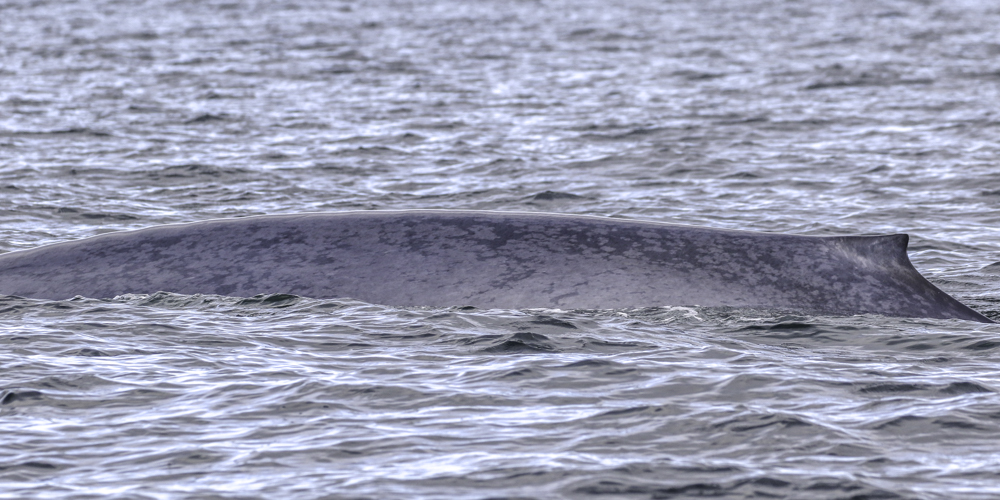 B531, just before the tag was deployed. 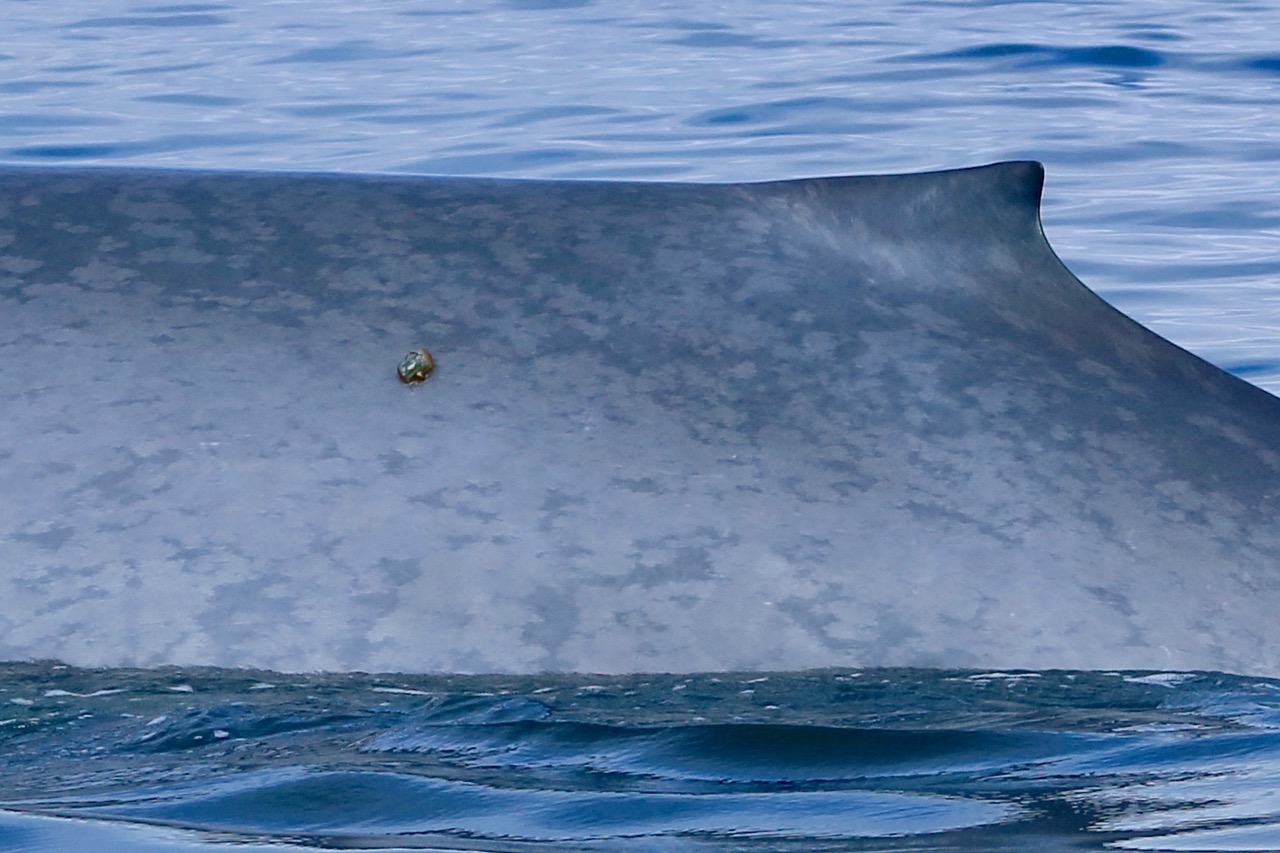 The map provided by Dr. Véronique Lesage from DFO shows the trajectory that B531 has followed after leaving the Gulf. Similarly to the blue whales B244 “Symphonie” and B197 “Pléiades”, whose tags had also transmitted for a long time, B531 swam straight out off the Scotian continental shelf towards the New England Sea Mounts, and now appears to be headed towards Bermuda. 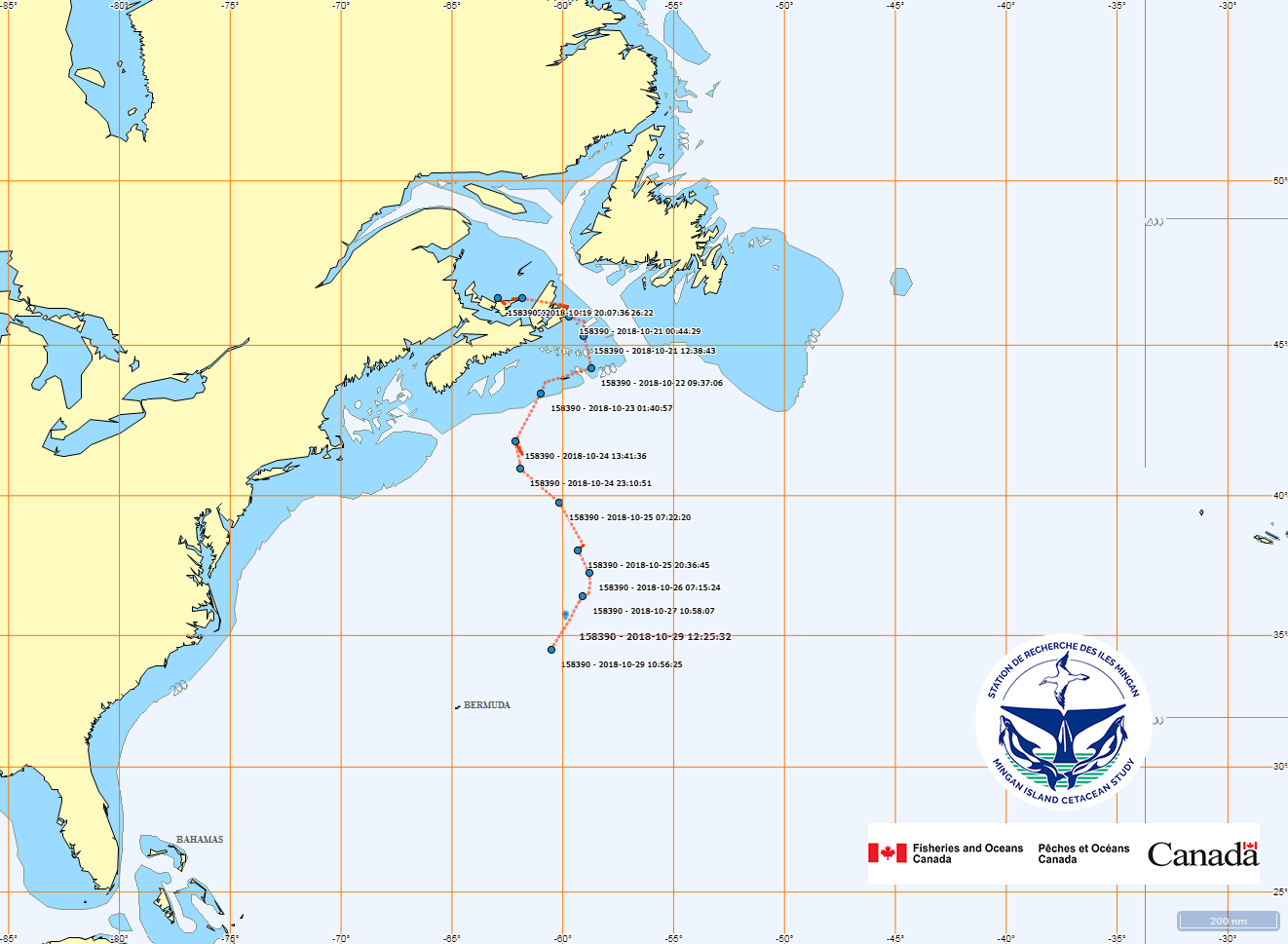 We hope that this tag will last at least as long as Symphonie’s, which had transmitted for a record 6 months, thus giving us a first insight into blue whales’ movements in the Northwest Atlantic during the winter. 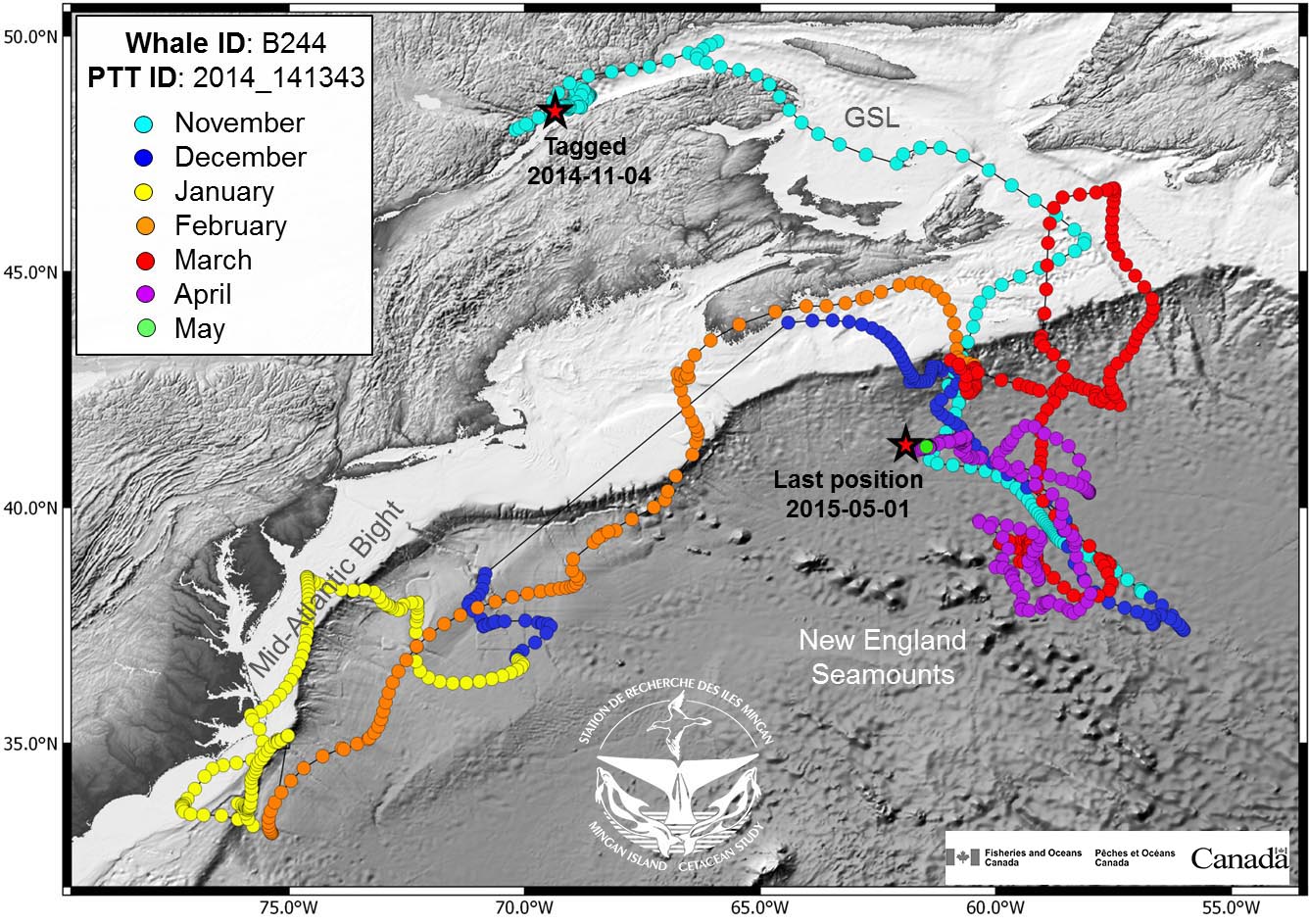 Back in the St. Lawrence!

Astonishingly, B531 has made its way back up to the St. Lawrence in an amazingly short space of time and is now back in the Gulf around the Magdalen Islands (see map below). 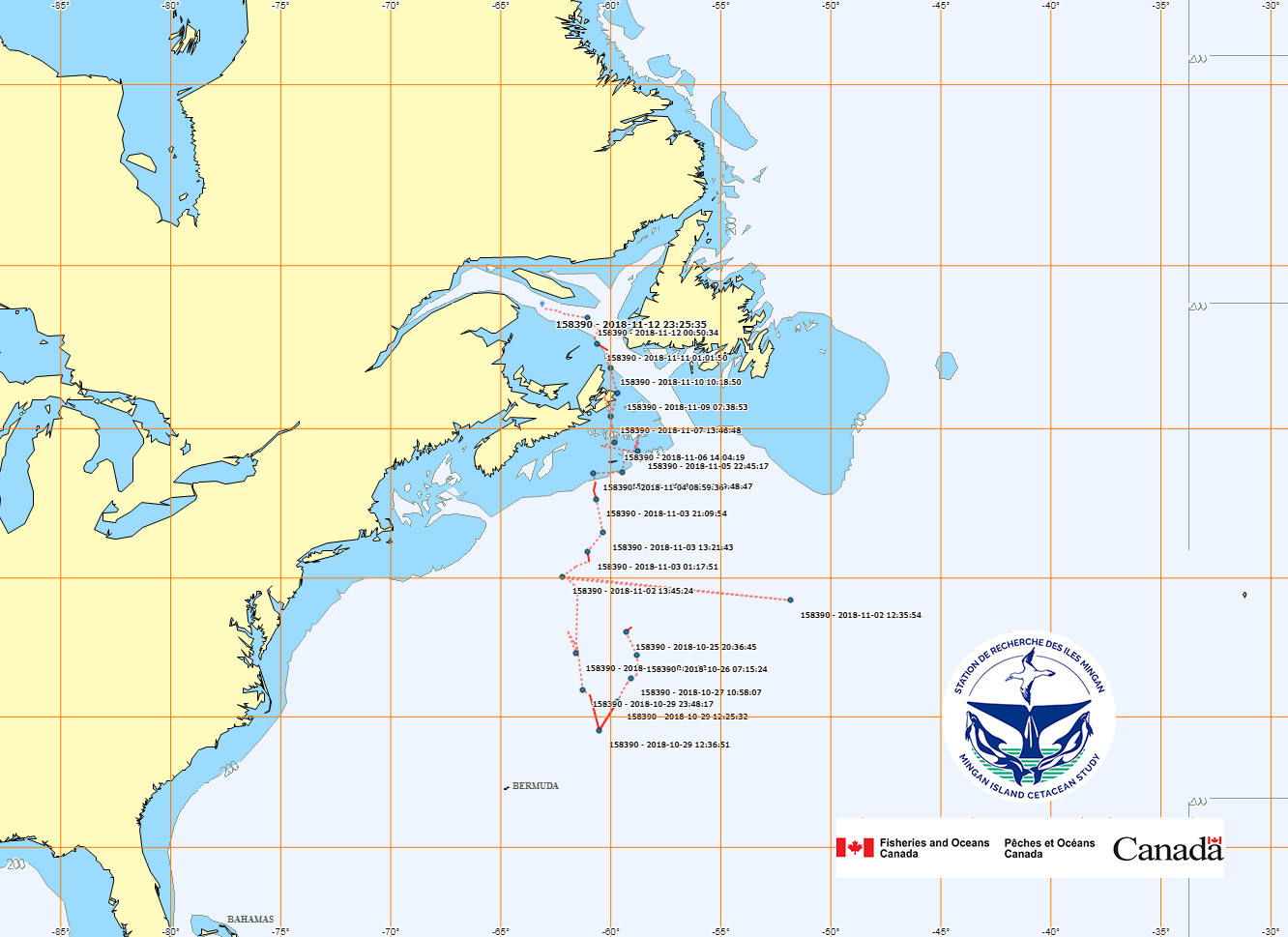 B531 having made its way back up to the St. Lawrence (Map provided by DFO).

It is still difficult to say if this is "normal" behaviour, as we only have information from two other blue whales (both females), whose tags lasted over several months. This seemingly erratic behaviour could be correlated to the fact that it may be a male, but it is still too early to tell.

This goes to show how fast and how far blue whales can travel, demonstrating that they use entire ocean basins. This is especially important when considering marine conservation measures, which usually don't extend beyond territorial or national waters.

There is still so much we don't know about these enigmatic giants, and still so much to learn, especially in a changing environment. You can contribute to MICS's research by donating, becoming a MICS Friend or adopting a whale!

Unfortunately, the tag stopped transmitting on November 18th. We always wait a few days before officially recognising this, as it is possible that the tag's signal can be interrupted due to bad weather conditions, but in this case, it seems to have stopped transmission altogether.

The last recorded position showed that B531 was very close to the southern edge of Anticosti Island. It is now a mystery what B531 will do for the rest of the winter. It is possible that it may once again leave the St. Lawrence and travel south again, though we cannot be sure. 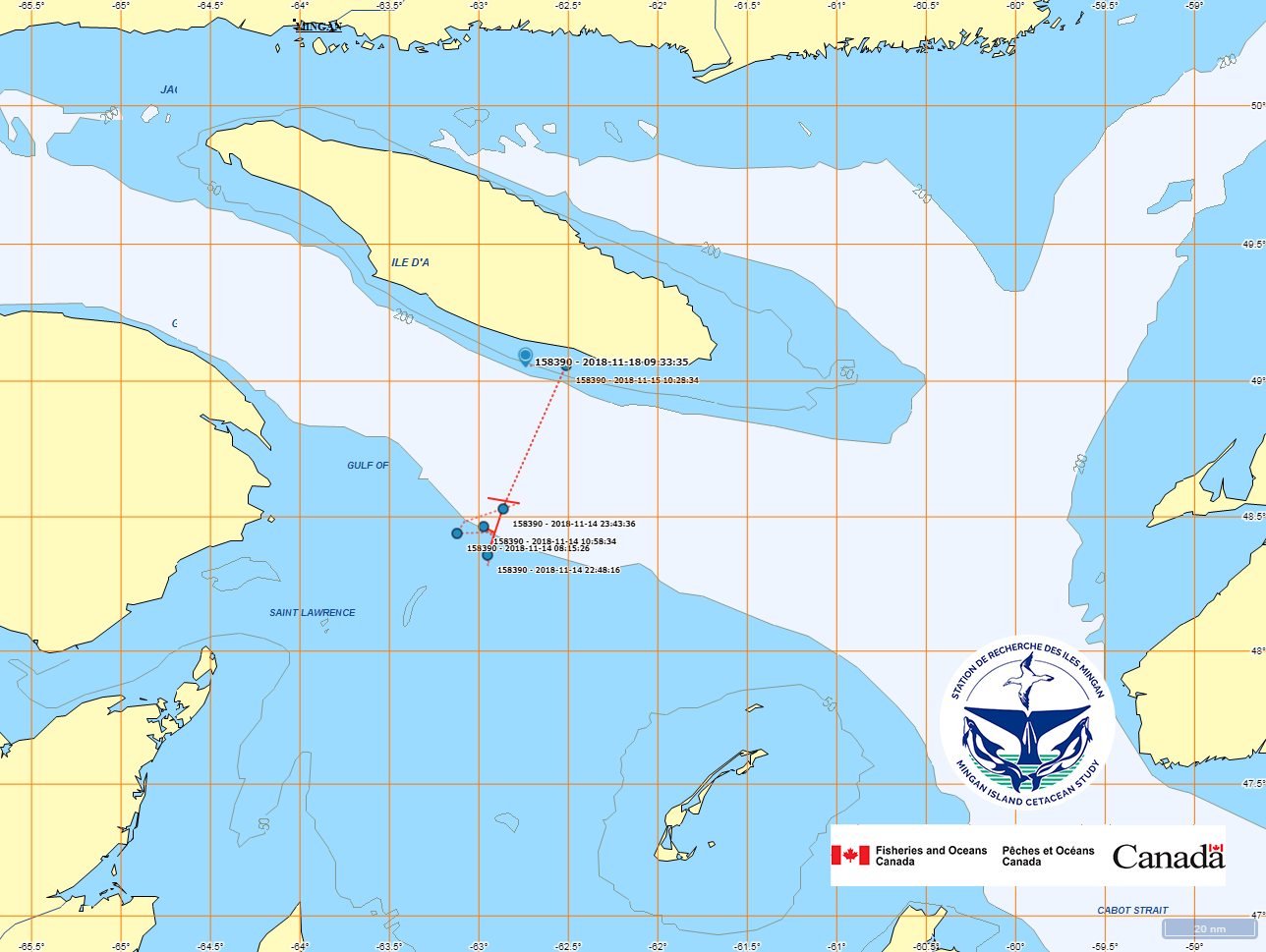 We will continue our tagging project next season, in the hope that we will have other equally long-lasting tags to help us continue to build a better picture or blue whale winter movements in the Northwest Atlantic!

You can help fund satellite tags by making a donation to MICS, any donation is highly appreciated and funds research on these mysterious giants!