Paul Reddick and his music recognized by the Junos.

We are very happy to congratulate our friend Paul Reddick and his band for winning this year's Juno award for best blues record.  The Junos are the Grammys of Canada for those south of the border.  Paul and band played at our 30th anniversary party in the museum/research station in Longue-Pointe-de-Mingan, which was a wonderful evening to early morning of music and dancing celebrated with many friends and past MICS team members.  Paul and Steve Mariner played at our March 2015 fundraiser at the Biodome in support of our research.  He recently joined us at the ROM in Toronto where MICS was taking part in the opening of the blue whale exhibit called Out of the Depths, and marveled at the adult female skeleton centerpiece of the event.  When we met in Toronto Paul asked to play at our 40th anniversary next year, which is wonderful news.

Toronto roots music authority/impresario Richard Flohil long a Paul Reddick fan, has stated of Paul: "He’s a keen birdwatcher, knows everything there is to know about butterflies and is a student of poetry, from William Blake to Lawrence Ferlinghetti.

Paul’s blues often reflects his love of the outdoors and nature and his song writing is legendary in the blues community.  This was Paul’s first Juno awarded out of four Juno nominations.  Paul has shown throughout his career that he is committed to his craft and says “I am confident that my love of music will never falter. That is what sustains and inspires me” 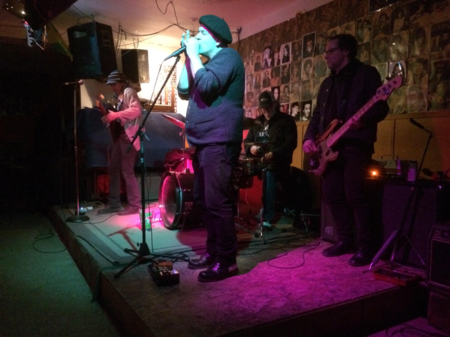