In 2013, WhaleNet will celebrate its twentieth anniversary! WhaleNet began as an element of an educational program (Wheelock College, Boston, Massachusetts), but when Professor J. Michael Williamson (VP of the US board of MICS; see picture below) began directing the project in 1993, WhaleNet spun off to become a major innovative educational web site. 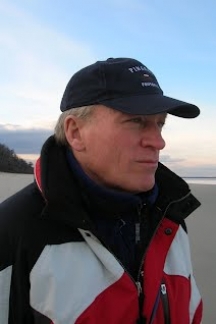 WhaleNet was the first web site to use actual, real-time satellite tracking data on the movements and migrations of whales, dolphins, porpoises, seals and turtles to enhance interest in science and environmental education. Since its inception, WhaleNet has satellite tagged over 170 marine animals in collaboration with research institutions such as the National Aquarium in Baltimore, Duke University Marine Lab, Mystic Aquarium, the Marine Mammal Stranding Center, the Mingan Island Cetacean Study, the University of the Azores, the University of New England, Univ. de Guadalajara, the Riverhead Foundation for Marine Research, the Caribbean Marine Mammal Laboratory, the National Irish Seal Sanctuary, the Gray's Reef National Marine Sanctuary, and Mote Marine Laboratory. All data is archived on WhaleNet for education and research use (http://whale.wheelock.edu/whalenet-stuff/stop_cover.html).

Williamson's innovative website has been recognized for its creative educational and scientific opportunities by associations around the world. Scientists, students, teachers, and the public visit WhaleNet for general information, education and teaching purpose, student projects, availability of data and other WhaleNet online resources. For more information, visit WhaleNet at http://whale.wheelock.edu.