Special Edition Blues a new Tone in fund-raising for research

You know Richard-cetologist-, but do you know Richard the musician and his guitars. Those who have worked in Mingan with Richard will remember improvised solo concerts in the museum, where agile fingers made guitar strings vibrate in all manner of ways. And you may have experienced the resonance of carefully chosen blues/rock bands and music tracks to celebrate the station's important anniversaries.
Well here is a new MICS musical dimension, where passion for research of marine mammals joins a passion for music and guitars to raise funds for our studies. 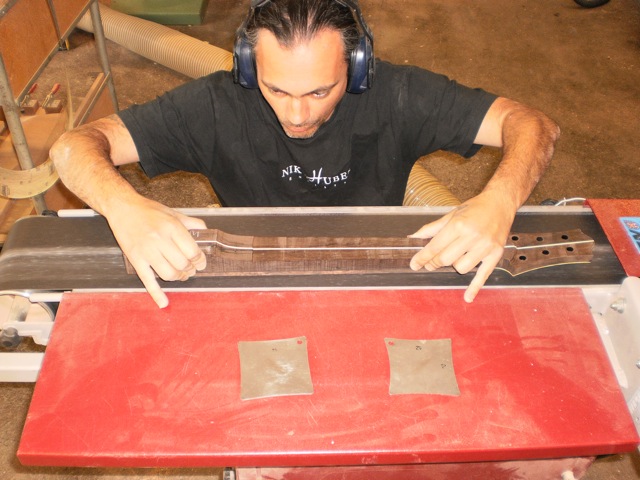 Richard was attracted to Nik's stand by the beauty of his guitars and the marine mammal motif of the inlays on some of his guitars, which included killer whales and dolphins. While Richard admired the craftsmanship he spoke with Nik about the reason for such inlays and about his own work on amongst other species the blue whale. Nik indicated that he had interest in building a special edition blue whale guitar and so Richard encouraged him on the spot. Richard and Nik met again in May on Pico in the Azores to search for blue whales and discuss the final details of guitar project-a perfect mid ocean meeting place. 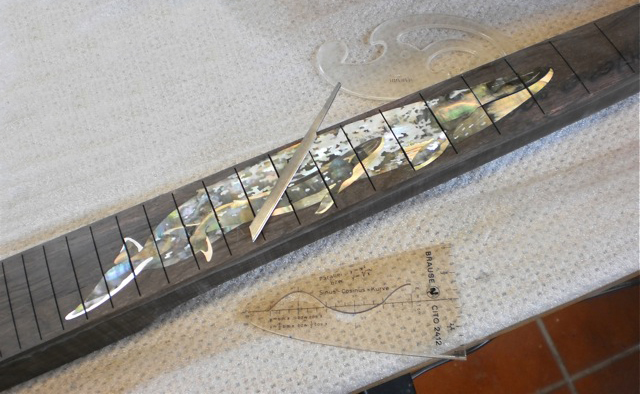 After two months of crafting the guitar and the intricate inlay work on the guitar's neck the prototype was presented to the public on June 30 and July 1 during the 2011 Montreal jazz Fest. First at the Boutique Tone on Saint-Laurent and then during the Guitar Show the next day.

A limited edition of 25 guitars will be produced and 5 have already been ordered prior to its official launch. So far the project has been successful, showcasing Nik Huber's fine luthier skills, and as a fund-raiser for blue whale research.

The making of is included here through the accompanying images taken by Hik Huber.