After slowly moving eastward along the north shore of Anticosti Island over the past few weeks, the humpack whales have now changed direction. Three of our boats recently covered more than 800 Km in one day, finally finding 15 Humpacks on Banc Parent, just west of Anticosti. However, the fin whales have vanishedexcept one that was seen in the area near the humpbacks. The St. Andrews crew is still busy with the tagging project. After building the tags, the second part of their project is now beginning, This is Rene Swift's PhD project and is attempting to gain new information about foraging behaviors of the big rorqual whales. 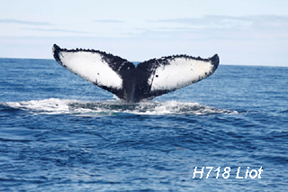 During our past few days on the water we have observed some new whales coming into our study area. These include Liot, Moby, Darkstar and two unknown whales that were recently seen in Gaspé . Other well-known humpbacks such as Fleuret, Splish, BBR and Bolt have also been observed in Gaspésie. The western part of our study area has also been alive with white-sided dolphins, leaping yellowfin tuna and, perhaps most exciting, a large basking shark near one of our boats!

A large drop in barometric pressure settled comfortably in Minganie, resulting in gale force winds and rain. The ensuing land-locked days allowed us to complete data entry from the past few days, and also prepare for the next expeditions.

One team will soon go working with blue whales in the estuary or on the south shore, depending on where the whales are located. This project, involving sessions that have come to enjoy the largest animal on earth, is part of an important collaboration with Dr. Véronique Lesage (DFO Canada) that started last year in Matane, Québec. 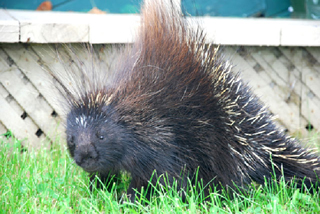 And with some land-locked days why not photo-identifiy the porcupine in our neighbor's garden. 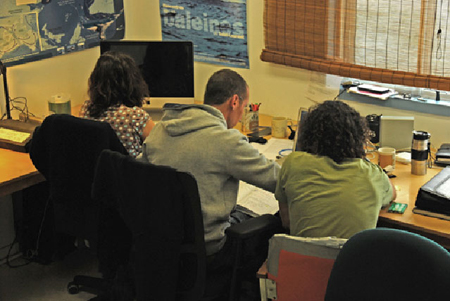 Team at work. Do not disturb ! 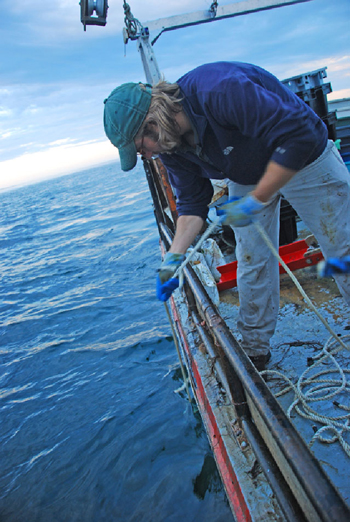 Dr. Brian Kot is preparing to return to his teaching responsibilities at Texas A&M University. With the help of Louis Vaillancourt, captain of Lady Elise, Dr. Kot managed to retrieve his oceanographic monitoring equipment that was deployed (and well anchored!) at the seafloor for 50 days. He will now spend his winter analyzing his precious data collected during this period. He and David Gaspard went searching for minke whales, which were shy these days, but made a sad discovery involving a dead Beluga whale. The cause of this unfortunate event is currently unknown but perhaps pictures and other information from the animal will help answer this question. 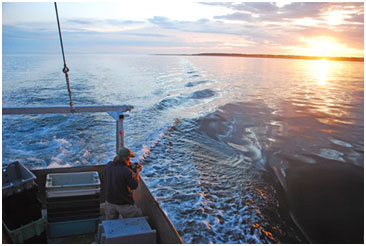 On the other side of the Atlantic, Richard Sears participated in another Students on Ice expedition in the Arctic, invited as a whale research expert.

This expedition is a good opportunity for Richard to search for blue whale migration pathways and to try to photoi-dentify individuals. This, in addition to the pictures provided by our helpful collaborators in other areas, will hopefully allow him to increase the North East Atlantic blue whale catalog. And who knows, by uniting the effort, perhaps one day we get to solve the mystery of this great whale. 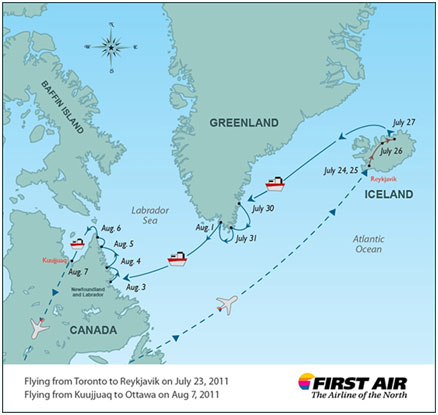