The two pop-ups, which were deployed by Denise Risch (NOAA) in July were successfully recovered on September 12th and 15th.

While one of them was placed in the Mingan Islands, the other one was deployed further offshore, close to Anticosti.

Denise was pleased that her hydrophones successfully recorded and now she has to listen hundreds of hours of recordings! Now, the big question is: did she manage to capture sounds of minke whales? 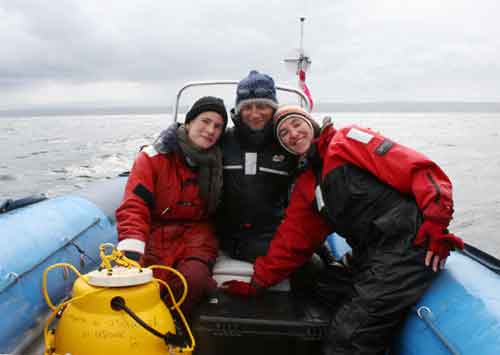 The weather in September was not spectacular, especially when we have to head to the southern edge of Banc Parent. We kept the boats in BBR and on the 27th we finally got out. 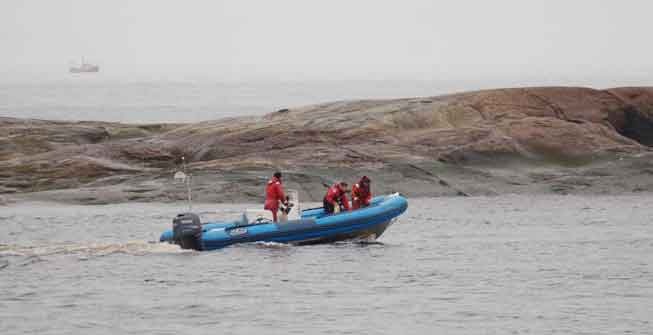 With on board Christian Ramp, Andrea Kuster and Sylvie Castay

We did not make it offshore; in fact, we saw the first spout while passing the buoy at BBR. A blue whale!
The only blue in Mingan this season, actually the first one since 2006! The last sighting of a blue whale on the North Shore goes even further back  2001. It turned out to be Mercure (B061), known since 1980. The lady is a very regular whale, sighted often in Gaspe and Sept-Iles, the last time in 2007. It was, however, the first time she visited the North Shore. This area used to be known for blue whales in the 1980s and early 1990s. Maybe she knew this area from back then despite never been sighted by us, or maybe she was exploring new grounds! 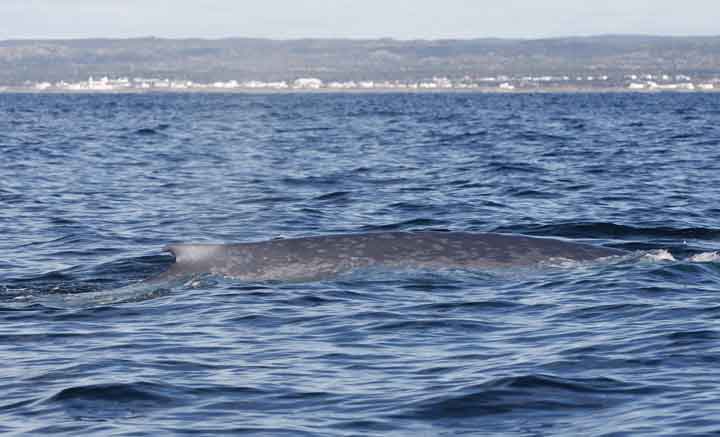 Speaking of whales that know this area, Curly (F002), the second ever identified fin whale by MICS, returned to the area this season. 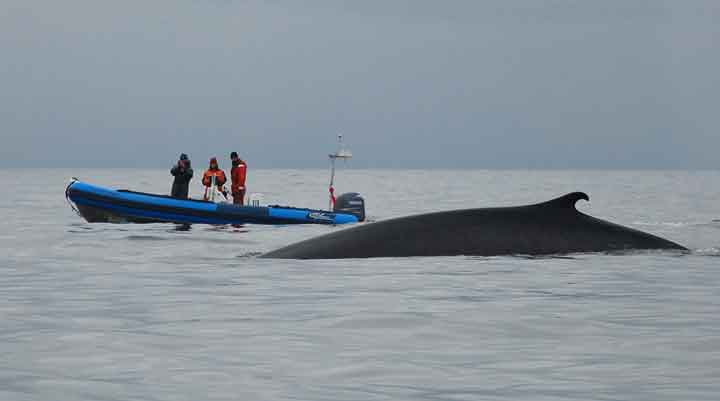 She was feeding just a few miles away from Mercure. She is one of the few whales which has been sighted throughout the season. This year we had seen her in June and July, followed by a gap of no sightings, and then the return of Curly in September! Where has she been? We thought she had vanished like all the other fin whales which we had seen at the beginning of the season. That is not the only mystery of Curly. Despite a very regular sighting history  we have never seen her with a calf  in now over 32 years.

We tried to head offshore one last time on the 30th, but poor visibility obliged us to turn around and bring the boats back to Mingan via the North Shore for the end of the season. No blue or fin whale was sighted this time, only a single minke whale shared Banc Rouge with numerous harbor porpoises. When entering the Islands we surprisingly encountered half a dozen minke whales just north of PT, among them two tiny ones. They were feeding along a current line together with two dozen gray seals. We also encountered other large groups of up to 100 gray seals on our way to Mingan! At 6:00pm on September 30th we pulled the last boat out! 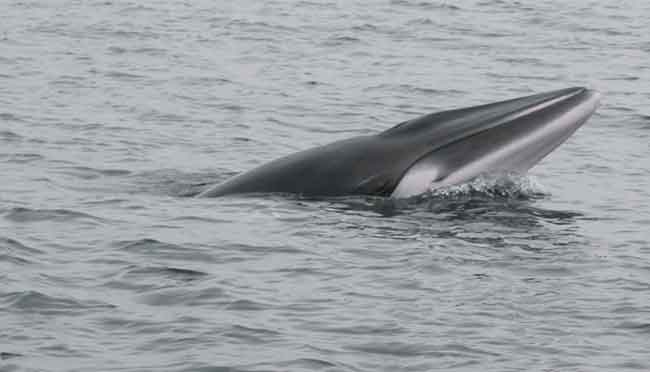 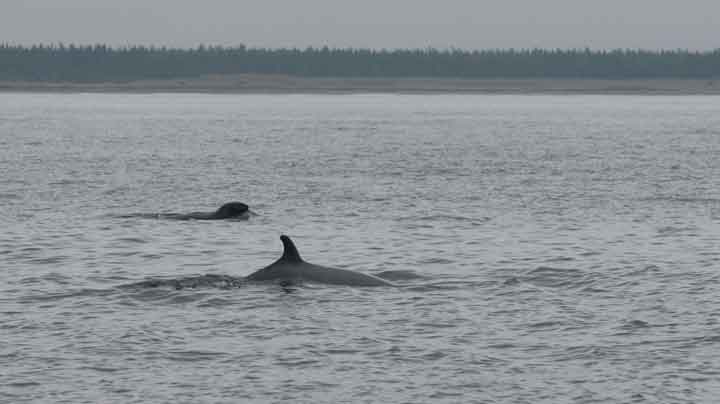 The team is almost ready to leave the station; the boats are stored in the basement and all the boxes are almost packed. The team will disperse all over North America and Europe for a winter at home (impatiently waiting for the next season to begin).

We thank you for your daily, weekly or even longer visits (a special thanks to our sessions from this year). Thank you for visiting us on our web site and Facebook, and for you encouragements and support. Thanks for the moments we shared together.

A big THANK YOU to all the volunteers who helped during this season, to all our partners and to the village of Longue-Pointe.

The team wishes you a good winter. Hope to see you next season!