During an aerial survey over waters in the Sept-Iles/Port Cartier on Friday February 2, a MICS team member accompanied by a collaborator from Gallix, observed at least a thousand harp seals (Pagophilus groenlandicus) distributed in groups of 50-200 on ice floes off Sept-Iles. There was 9/10s ice coverage with open leads here and there. 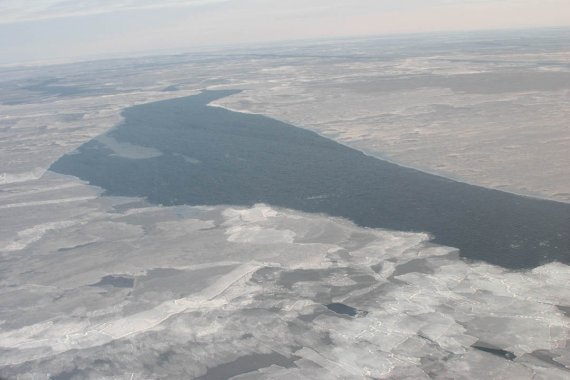 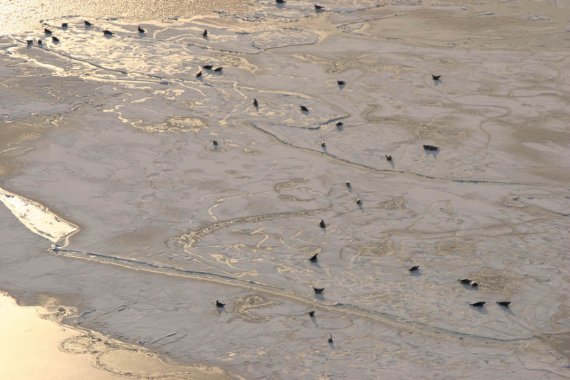 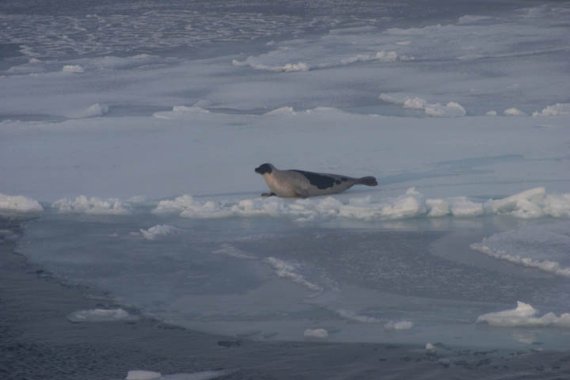 And in a small area of open water to the West a blue whale was sighted off Port Cartier. ID photographs were taken as the whale took three short breaths,  before disappearing beneath the ice.

Because of the  more rigorous weather conditions, which severely limit fieldwork few observations are made during winter months.  A few blue whale observations have been reported in winter months, primarily sighted from shore along the North Shore of the St. Lawrence, but very little is known of their winter distribution in general.  Two blue whales were sighted from shore in St. Margerite Bay on January 30, but B091 is the first blue whale to be photographed in the St. Lawrence during winter months and matched to our catalog.

This one and a half hour aerial survey was a rare opportunity for us to discover a bit more on the winter distribution of blue whales in the St. Lawrence and western North Atlantic. Just because it is winter, there is ice, and the conditions are harsh, does not mean that all blue whales migrate.