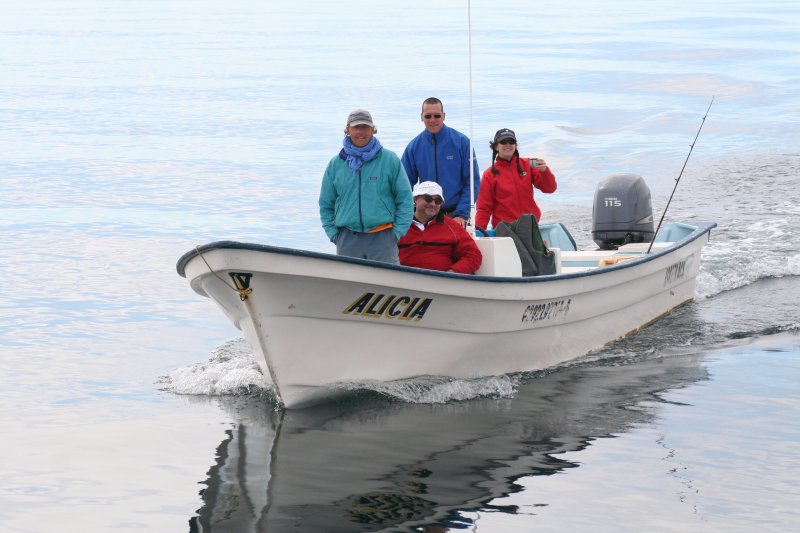 March 19th we arrived to a warm afternoon and the beginning of our 24th Loreto field season. A few more streets paved, a new house going up here and there, but for the most part everything was as it had been. The turkey vultures up in the palms not too far from the shore in their nighttime roost, the seaside dogs emerging from daytime slumber to take over the malacon-main avenue by the sea- for the night, barking their throaty presence and hopeful dominance over any others venturing into their perceived fief. The white-crowned night and little green herons quietly collect in the harbor to catch a meal as a few pelicans settle down for the night. On the malacon the locals are on parade in all manner of vehicles, more new of late than the dissected and remodeled cars of years past, and though they now mostly have mufflers they put forth more bone rattling bottom through the universal sub-woofers. These cars raise up dust as always, illuminated by the streets lights lighting the seaside procession.

The Loreto home we have grown used to over the last 7yrs was as left the previous March, with perhaps the carpeting a bit more worn and dusty and a bulb or two dimmer than they had been, but we will get that squared away tomorrow. Nicolas Guerin our first session welcomed us, and having set down our bags, changed into shorts, rid our feet of socks and shoes in exchange for sandals, we headed into eat and usher in another Loreto field season. Fresh fish and garlic soon beckoned harmoniously in our plates, the conversation in two to three languages was lively, speculation rampant as to hoped for weather and the number of blues that we would be seeing in the next days.

The next morning we were greeted with wind, which was just as well as it afforded us the time we needed to secure our boat, equipment and negotiate last minute interpretations of our permit’s language by local officials.

It wasn’t until the 24th that we saw our first blue and that after passing almost all the way around Carmen from the south. The first sightings of the day were of two juvenile humpbacks, decidedly curiosity in our boat and the odd creatures within.

It wasn’t until much later in the day having traveled the 14-mile length of Carmen to the North that we found a blue that turned out to be BB246 an animal first seen in 1995 as a calf of BB042. The 11yr old, probably sexually mature, was of good size at about 60ft, yet still much slimmer than animals such as its massive mother BB042 known to us since 1985.

Fernando Arcas photographed very well known female BB050 (has had at least 4 calves since 1985) in the Loreto area just before we arrived. Interestingly we found its 2005 calf North of Loreto during our last week this year.

On the 25th we were happy to find Nubbin BB045, still by far the oldest known blue whale on the planet - at least 37yrs of age, though most likely much older. Nubbin appears to be in very good shape so we can hope that we will see this whale for many years to come.

On February 26 the number of blues just to the south of Carmen had increased a bit and we found B014 Slice severely scarred by a ship prop, but a large healthy animal just the same and BB037 another female known since 1985,who has had at least 2 calves. More blues had arrived in the area on the 27th, particularly just north of Danzante and in the passage between Carmen and Danzante. Here we found one of the regular mature males BB084 Machete, another female who has had at least 2 calves and known to us since 1996, and another of BB050’s calves born in 2003 BB339 named San Martin Pescador. From our description of the whales observed one can see that there is a good return rate of mature females and with the advantage of many years of fieldwork we see a healthy return of animals first known as calves. We now know a varied range of younger animals from yearlings to recently mature whales, including 1-11yr olds. This is the mark of a healthy population and further strengthens our view that the Northeast Pacific blue whale population is doing well and may be the most vital blue whale population on the planet.

The one calm day that Christian and I took off orcas were seen by Fernando, Amos and others. The orcas played with the boats for several hours and accepted 2 divers without incident. Well one can’t see everything and a day in the shade ashore has its merits-more sleep, enjoying fish tacos and just relaxing a la Mexicana.

On the evening of February 28, a day the wind stayed calm and we did not have to face a late Norte pounding to get home. We enjoyed deeply colored evening sun as we came back through the passage between Carmen and Danzante. A couple miles west tall spouts hung brightly in declining sun and drifted effortlessly against the land now bathed in deep shadow. This gentle scene was suddenly disrupted by the tremendous splash - a whale had breached the surface. The second breach was closer and we could see that a blue was porpoising in our direction. The next explosion of water was almost level with our position and we turned and accelerated to keep pace. On the next eruption the tail was flicked in the air and we recognized Machete BB084’s heavily scarred flukes. Machete proceeded to speed into the Carmen/Danzante passage and by the time we were able to catch up he had decelerated to just a forceful head lunge and tail flick or lob-tail. What caused this sudden sprint? Was it one or more of the other whales where Machete had been to the west that provoked this expenditure of energy or simply Machete having an evening gallop?
Early in the morning a few days later we spotted Machete again speed swimming/breaching just south of Carmen. We approached to have a look and found him flipper slapping much like a humpback. Though blues have fairly long pectoral flippers they lack the length and grace of a humpback, and we were amused to see that Machete’s flipper extended only far enough for him to slap his side much more than the water.

On March 3 we found another mature female BB038 known since 1985 and on March 6 we found 3yr old B345 still not much longer than 45ft and BB028 also known since 1985. BB028 was last seen with a satellite tag sticking out of its back in 2005. This tag placed in 2004, seemed to be working its way out when we saw it in 2005. Close inspection revealed no trace of the tag and no visible scar. That same day we encountered several female sperm whales including two calves traveling south towards the west coast of Carmen.
By March 15 the blues seemed to have vacated the area south and east of Carmen so we headed out towards Catalina and found two blues including one of our favorite animals B198 White Eyes, so named for two large white patches found on the ventral surface of its flukes. Such natural white markings are rare on blue whales.

During our last few days we worked to the North where more than 20 blues were seen several days in a row and where few other boats venture, except for early morning fishermen. In fact the area North of Loreto is largely free of tourist boats, because most routinely head south to areas where they have grown used to seeing whales. A clear expanse of sea containing no other boats is always a pleasure when carrying out this type of research. Fernando introduced us to his new metal tower/flying bridge, which he ties down on the bow of his panga. It is an interesting structure, a bit top heavy in such a small boat, and to be used only on calm days. The tower does offer a significantly better spotting view and a different perspective when observing the whales. See accompanying image.

The oddity of this season is that we identified 52 blues and may have seen more, but found only one calf. In contrast the 2005 season yielded only 30 blues, and yet we observed 6 calves. There were 32 known and 20 new blues identified in 2006. Even though there are still many new individuals observed each year, the trend of the last few years where there are more known to new whales would seem to indicate that even if there is a healthy recruitment of new individuals, we have identified an important proportion of the blues that come to the Sea of Cortez. And the regular return of individuals-mature females in particular indicates the importance of this region to blue whales at this time of year.

Leaving Loreto was difficult knowing winter had not deserted Montreal yet and the fact that there were still blues. However, we Fernando and Amos informed us that the blues thinned out right after our departure, which means that for once we timed our presence during the peak of sightings.