The first team members arrived in Longue-Pointe-de-Mingan end of May to prepare for the new season. They worked hard to get things back in order at the museum, station and blue house. 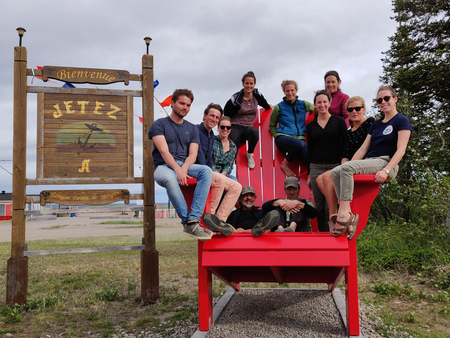 The three boats, Rafale, Mistral and Sirocco are now all back at the dock and ready to roll! So far our outings on the water have been limited since they are weather dependent. In the last few days, our team observed 6 fin whales and several minke whales. Humpback and blue whales are yet to make an appearance in the Mingan region!

Shortly upon their arrival, our team was contacted to biopsy a beluga carcass that was stranded on the beach of Anse de la Grand Pointe, after Havre-St-Pierre. On the 1st of June, they biopsied the animal that was already in an advanced state of  decomposition. The sex of the animal and cause of death are unknown. Once the samples are analysed in a lab, more valuable information will be known. 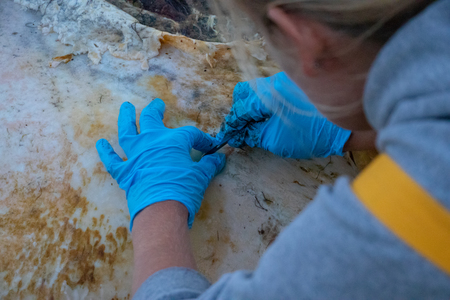