A little blue in the St. Lawrence!

An unusual sight: a blue whale and her calf in the St. Lawrence.

For the first time in years, a blue whale has been spotted accompanied by a calf in the St. Lawrence.

The unusual event was observed by our collaborator René Roy off Pointe-des-Monts on May 19th. 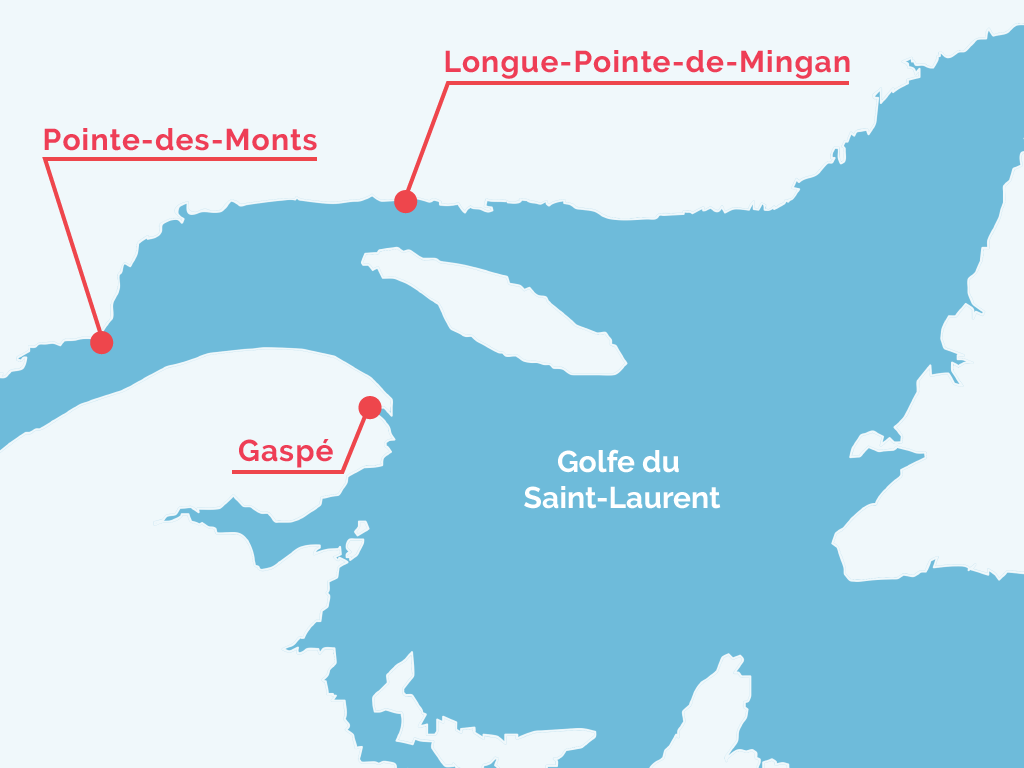 Richard Sears identified the mother as B329, whose sex was still unknown to us until now. This gives us a good indication!

The left-side-front and left-side-dorsal of B329 when she was first identified in 1994.

This blue whale calf is only the 24th identified in the 40 years of research MICS has conducted, a worrying fact considering that the Northwest Atlantic blue whale population is endangered. This low population recruitment (birth rate) contrasts with observations in the Northeast Atlantic, where more blue whale mother-calf pairs have been observed recently.

Just as with other cetacean species, the first year of a whale's life is the most dangerous one and tricky to survive. We hope we will see this young blue whale again if and when it comes back to feed in the St. Lawrence in the future! 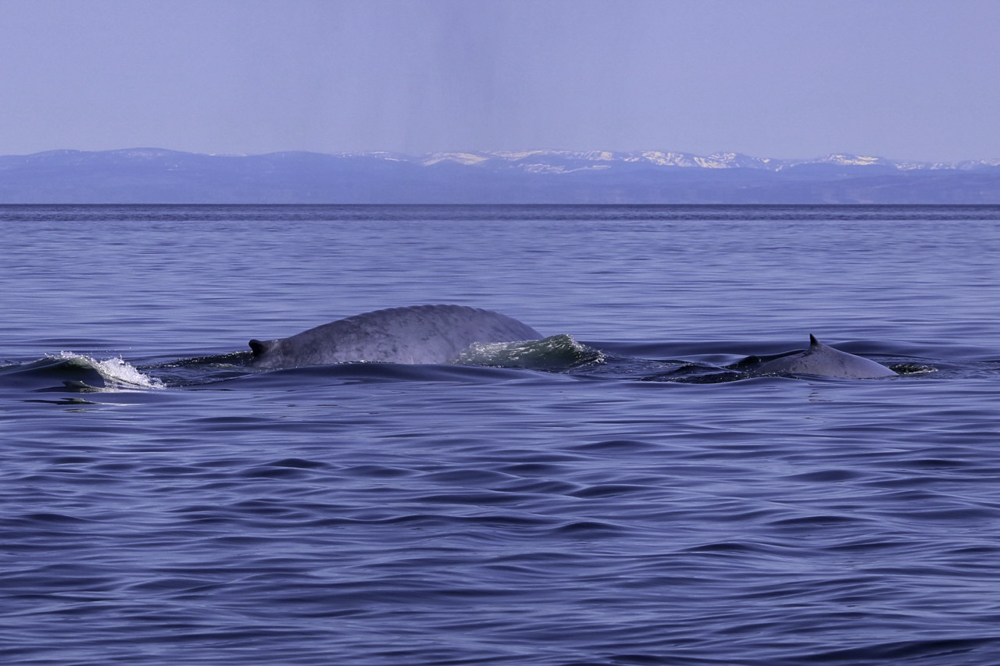 B329 with her calf, with the snowy Chic Choc peaks in the background.

The breeding grounds of North Atlantic blue whales remain a mystery. What we do know is that the St. Lawrence region plays an important role in their feeding habits during the summer. MICS has recently collaborated on a federal report on important habitats for blue whales in the Northwest Atlantic alongside other experts.

It is important to continue our research in the St. Lawrence and North Atlantic to understand the aspects that influence and affect these great whales, particularly in such a changing environment. 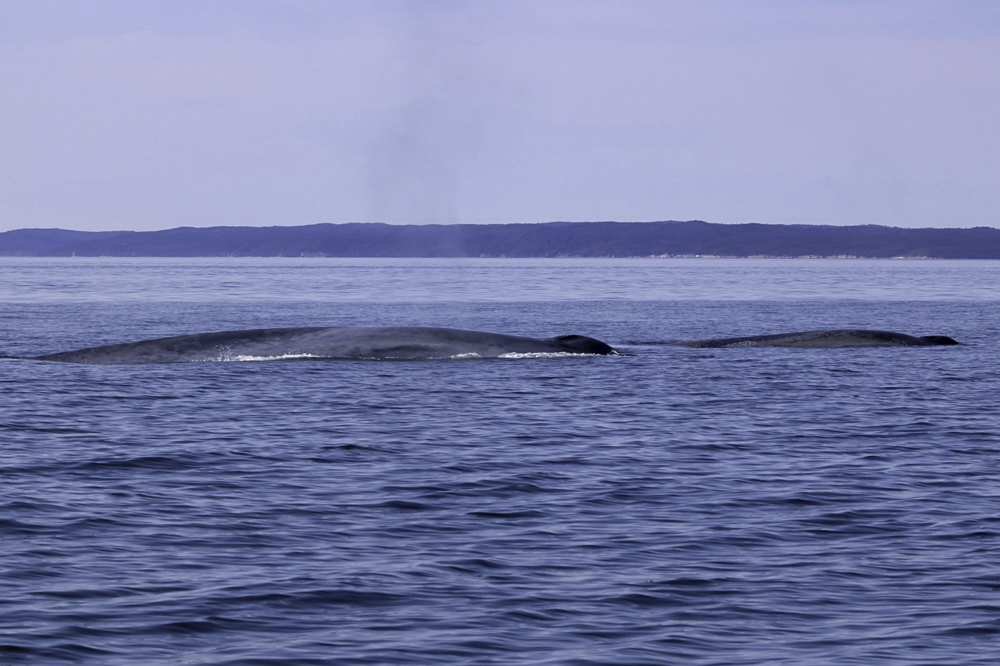 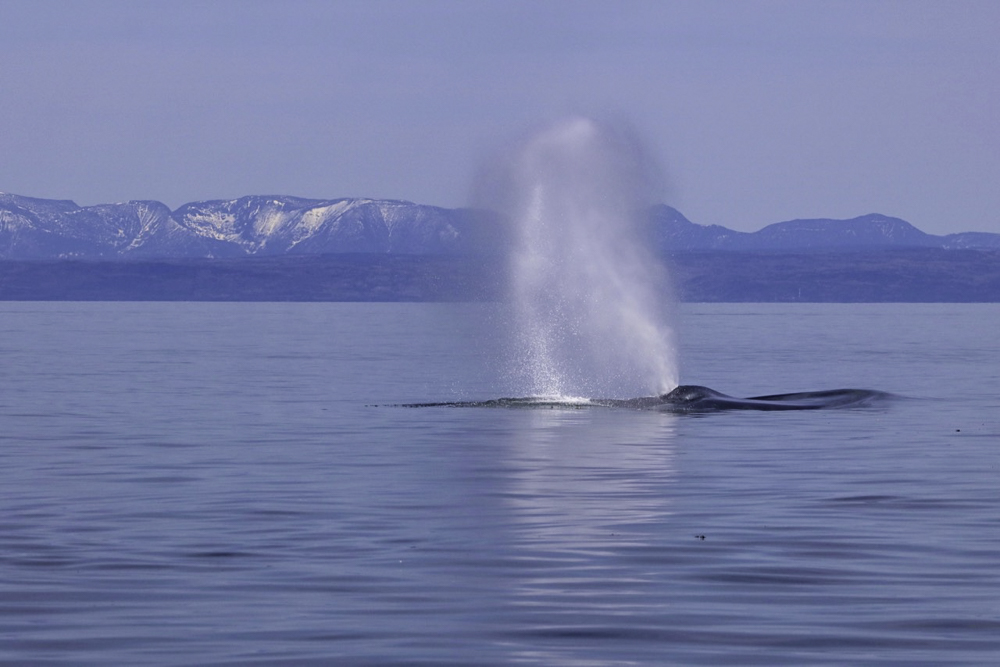 B329 both with and without her calf, with the Chics Chocs mounts in the background.

Thanks to René Roy for such gorgeous pictures!